BEIJING, Sept. 9, 2021 /PRNewswire/ — The six-day 2021 China International Fair for Trade in Services (CIFTIS) concluded on Tuesday in Beijing, with fruitful achievements made during this year’s event. 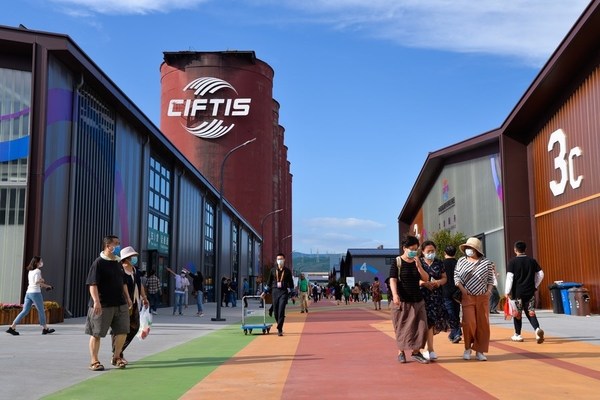 Preliminary data showed that a total of 1,672 documents in various fields were inked during the six-day fair, including 642 project contracts, 223 investment deals, 200 agreements, 158 authoritative releases and 139 first-launch innovation products among others, said a press conference held at the fair on Tuesday.

It is learned that this year’s fair has attracted more than 10,000 enterprises from 153 countries and regions, five more countries compared to last year’s, with more Fortune 500 companies involved.

The fair showcased the new formats and models of digital trade, 5G communication, and the industrial Internet of Things, and meanwhile, comprehensively exchanged new ideas, revealed new services and released fruitful results, said Wang Zhihua, an official with the Ministry of Commerce (MOC), adding that the fair was held both online and offline through digital technology, fully demonstrating the great potential of China’s digital, internet technology and intelligent development.

Beside comprehensive exhibitions at the China National Convention Center, a series of thematic exhibitions supporting forums and side events of this year’s CIFTIS took place for the first time in Shougang Park, a steel mill-turned cultural and sports complex in western Beijing, noted Yan Ligang, director of the Beijing Municipal Commerce Bureau.

According to Wang, China will quicken the pace to formulate the negative list for cross-border trade in services and press ahead early nation-wide practice, explore the building of national demonstration zones to promote the innovative development of services trade and ramp up support for Beijing and other cities in piloting the alignment of domestic rules with the ones in high-standard international free trade agreements (FTA).

Themed "Towards Digital Future and Service-driven Development," the 2021 CIFTIS featured a section for digital services for the first time, with up to 33 well-known enterprises and institutions participating in the special section.