JINHUA, China, Nov. 9, 2022 /PRNewswire/ — "Liquid cooling has bright prospects!" — The discussion and sharing meeting of Luyuan liquid cooling core technology was held in Jinhua, Zhejiang Province on November 1st, which has attracted the attention of the two-wheeled electric vehicle industry and related industries. Ni Jie, the president of Luyuan, delivered an open speech on the theme of "Luyuan Liquid Cooling Technology Leads the High-quality Development of the New Generation of Electric Two-wheelers." 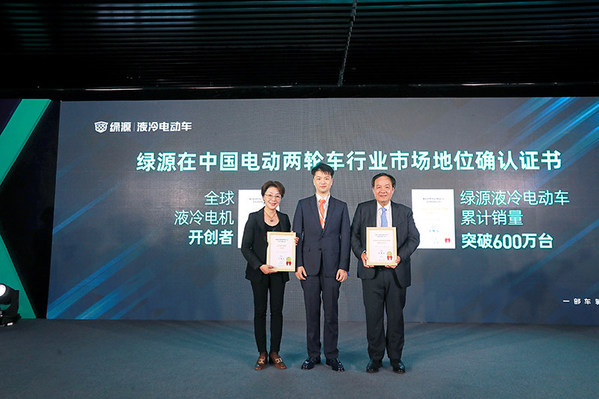 Presently, Luyuan has taken the lead in overcoming the technical problem of high temperature resistance of motors globally. Founded in 1997, Luyuan is one of the earliest electric vehicle manufacturers. Over the years, it has insisted on leading the development of the industry with technological innovation. Luyuan launched the "liquid cooling power revolution" in an all-round way, and a series of industry-first core technologies produced by Luyuan shocked the market in 2020, such as liquid-cooled motor, air-cooled controller, and SOC intelligent endurance system. Nowadays, the new iteration results of liquid cooling technology covering all categories are available, which is an important milestone for Luyuan to achieve technological upgrading in the development of liquid cooling.

What is the magic behind the liquid-cooled motor that won 12 national patents in one go?

The liquid motor contains insulating coolant, and its working temperature will be 30? lower than that of an ordinary motor, which can always be kept within 70?. It is equipped with a gas exchange system, so that the motor can withstand high-temperature demagnetization, rust demagnetization and other problems caused by high temperature and humidity. The working efficiency is over 90%, and peak performance can still be maintained after years of use.

Luyuan took the lead in applying liquid cooling technology to two-wheeled electric vehicles, which solved the problem of motor heat dissipation. By its own efforts, Luyuan has brought the technological level of China’s two-wheeler new energy industry to the global level, which has truly opened the door to the durability of electric vehicles.

To date, relying on excellent quality, Luyuan’s products have been exported to more than 80 countries and regions, and the cumulative sales volume of liquid-cooled electric vehicles globally has exceeded 6 million units, realizing a virtuous circle of research and development, production and sales, and truly opening the international road of electric two-wheeled vehicles.