BEIJING, Sept. 9, 2021 /PRNewswire/ — iQIYI Inc. (NASDAQ: IQ) ("iQIYI" or the "Company"), an innovative market-leading online entertainment service in China, is pleased to announce that its recently released romantic drama series One and Only has become a huge hit both domestically and overseas. The show has achieved a content popularity index of over 8,500 on the Company’s platform since its release, having also topped the popularity rankings on multiple renowned Chinese content review platforms. The show is also among the top five drama series in terms of overseas viewership on iQIYI’s international app (iQ.com), attracting much attention on global social media platforms. One and Only proves itself to be another iQIYI overseas hit that, like Story of Yanxi Palace, combines traditional Chinese aesthetics with original storytelling and universal appeal. 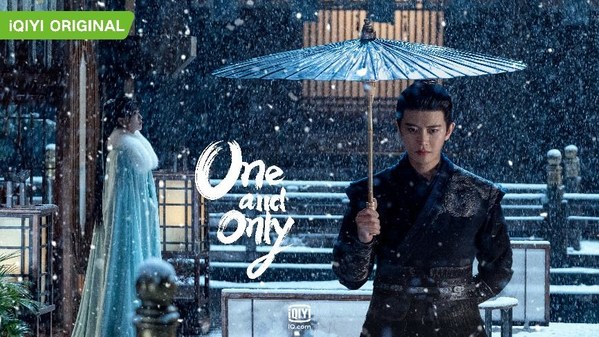 Reserved its narrative style, One and Only embodies the unique ways in which emotions are expressed in the Chinese culture. Thanks to its gripping romance story and superior production quality, One and Only has spawned over 517 trending topics on major Chinese platforms, generating over 8.69 million searches in total. The show has also inspired much talk among overseas users since its launch on iQIYI’s international app (iQ.com). It has led to over 4.5 million posts on platforms such as Facebook and Instagram. In addition, leading Vietnamese media organization Saostar and multiple top film and TV media outlets across Southeast Asia also covered the show.

iQIYI launched a variety of interactive sessions to deliver an immersive experience to users and further boost the popularity of the show. In one instance, Ren Jialun and Bai Lu, the series’ lead actor and actress, made a surprise visit to iQIYI’s online chat room during the show’s airing to answer viewers’ questions. They received over 15,000 messages in just under a minute. The cast also joined viewers’ discussions in the ‘Danmu’ bullet comment section, which led to over 18 million bullet comments and 7.29 million likes. Outreach of this kind catered to the engagement habits of the show’s younger audience, as evident in the 3,000-plus show-related posts in the iQIYI community.

This year, iQIYI unveiled Sweet On, a dedicated collection of romance dramas comprised of seven series spanning different subgenres. With novel settings and young casts, the series provides a wide range of views on love, a topic that strongly appeals to the Company’s overall young viewership. As a result, the series of Sweet On have thus far appeared in more than 1,400 trending topics across popular platforms in China.

One of the series, MoonLight, quickly dominated the romantic drama popularity rankings after its premiere in May. Another, titled The day of becoming you, scored an average rating of up to 7.6 out of 10.0 from more than 110,000 people on Douban, an influential Chinese social media platform known for its movie and TV show reviews. The real-world issues reflected in the seven romantic dramas have also been met with great buzz on social media platforms. The dramas drive passionate discussions among fans about love, family, career interpersonal relationships, and other topics that resonate with young audiences.