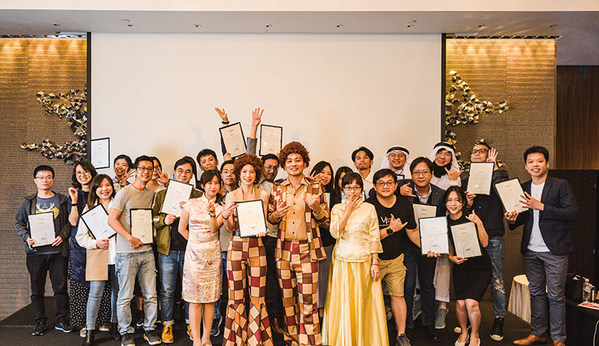 The incentive has Victor transferring his own shares to thank and encourage employees who have served more than 4 years at Vpon, with each receiving free shares equivalent to 1-2 years of their annual. The total amount of transferable shares is USD 3 million. The company does not only wish to compliment their excellence and contributions, but also to thank employees for their hard work at Vpon. This incentive will continue to expand to existing employees and top talents who share the same company’s apparition and demonstrate exceptional qualities and accomplishment along their journey with Vpon.

Vpon, established in 2008, has never left behind its vision and adheres to "entrepreneurial spirit", "openness" and "altruism" as essential qualities to cope with changing economy and business environment.

In the past 13 years, Vpon has gone through more than three major transformations, turning from a mobile discount coupon provider to an Asia’s leading big data company. The journey has never been more than valuable. In 2010, Vpon launched its "First Mobile Advertising Platform in Asia" after transforming as a LBS mobile ad company. The company was later restructured to focus on big data development following its USD 10 million B round funding in 2014. Later in 2020, the company received its C round funding and deployed USD 40 million to launch "Vpon Venture Capital". Apart from existing data and advertising business, Vpon expands investment in regional cross-sectoral value chains and joins hands with Asian top start-ups to stretch global business.

Vponers are the "Heroes Behind the Scenes"

The journey of corporate transformation is never a smooth sailing but always comes with big challenges and setbacks. Vpon acknowledges the biggest credit to the "heroes behind the scenes" – the most dedicated and supportive Vponers. The company wishes to show appreciation towards their unshaken support and belief in the management direction and vision, as well as their persistent efforts in breaking through the storms to bring about corporate transformation and business success.

Vpon sees talent as the most valuable asset and perceives "teamwork" as the most precious working spirit in the company. Like building a football team, Vpon nurtures young talents in becoming an all-star team. Victor added the point that, "I wish to recognize and value my team members’ hard work and devotion by transferring free shares and allow the team to have a greater sense of belonging towards the company. Sharing profits to bring about greater sense of accomplishment has always been my motive!".

Vpon will continue to leverage this incentive to strengthen its "people-oriented" corporate mechanism. The company is currently active in recruiting global top talents who wish to be an integral part of the company and have the vision to explore and expand regional data business. Vpon will endure to practice "altruism" and strive to become one of the most influential global data companies.