JAKARTA, Indonesia, Nov. 24, 2021 /PRNewswire/ — The UniPin SEACA 2021 event series officially concludes on November 21, after the grand final of SEACA MAJOR round. Indonesia’s BOOM Esports won the public category after successfully retaining their position at the top of the table. Meanwhile, the ladies category trophy was won by the Thai ladies team, Valdus Eufrosine. 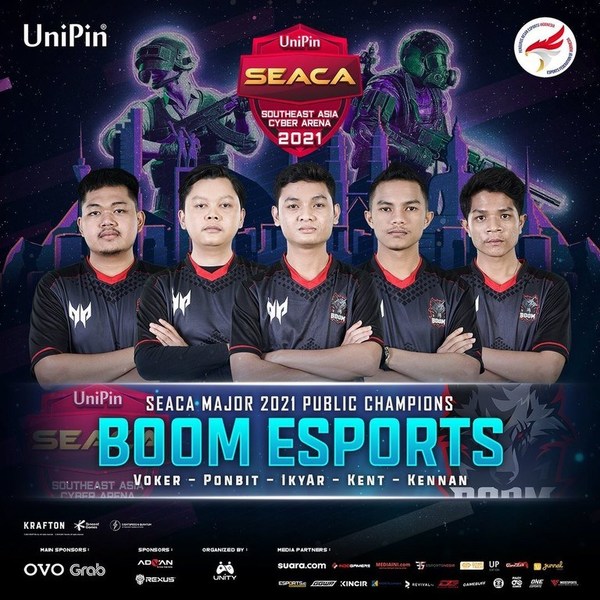 The SEACA MAJOR round has held for three days from 19th to 21st November 2021 online. Sixteen Southeast Asian esports teams competed and showed their best skills on PUBG Mobile (PUBGM) game through a ranking system. The SEACA MAJOR is the final stage of UniPin SEACA 2021 series which has been held since early June through qualifying rounds in six countries. The total prizepool provided during the entire UniPin SEACA series this season is worth USD33,000.

BOOM Esports team managed to be the champion of public category after outperforming 15 other teams with a final tally of 132 points. They only had a slight difference in points with the 2nd best team, Genesis Dogma Gids, also from Indonesia. BOOM Esports also obtained two winner winner chicken dinners (WWCD). The team itself has known to have remarkable track record in UniPin SEACA history. Previously, they have won the DOTA 2 and Counter Strike: Global Offensive (CS: GO) categories in 2018, while snatched Free Fire category trophy in 2019.

The whole excitement of UniPin SEACA 2021 series of events can be viewed again through seacaexpo.com. Rebroadcasts of all matches including Ladies Seies SEA Invitational and SEACA MAJOR can also be watched on UniPin Gaming’s Youtube Channel. A more detailed information about each match can be found on @unipinladiesseries and @seaca.gg Instagram account or @unipinindonesia for general information.