TOKYO, Oct. 22, 2021 /PRNewswire/ — Ubitus K.K. (hereinafter Ubitus), a world-leading cloud gaming provider, is engaged to support Square Enix to launch Marvel’s Guardians of the Galaxy: Cloud Version based on Marvel’s IP, on Nintendo Switch™ for players in selected region in North America, Europe, Asia, and other regions on 26th October. 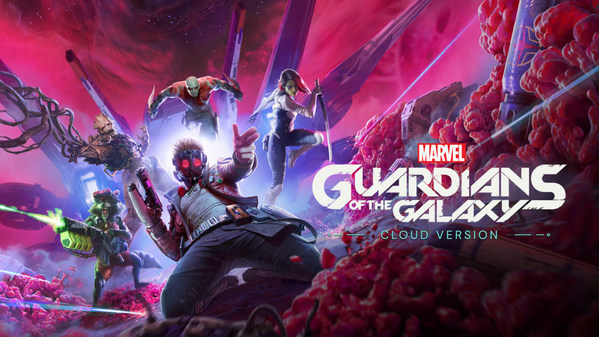 Key image of ‘Marvel’s Guardians of the Galaxy: Cloud Version’

Eager to lead Star-Lord and his crew members to explore the game? Supported by Ubitus technology, players only need to download a small launcher program from Nintendo eShop with your Switch™ and you are ready to go, no more long waits of tens of GB of game files. Due to cloud gaming technology, players can experience the same exciting gameplay as on other gaming platforms in this time-saving and storage-frugal manner.

For game publishers and developers, they can expand market reach by leveraging the cloud version for distribution to many channels and devices at the same time.

"We are thrilled to work with Square Enix for the launch of Marvel’s Guardians of the Galaxy: Cloud Version. The iconic characters with splendid storyline and pictures, are the kind of entertainment and excitement worth waiting for. Ubitus is committed to bringing the best possible gameplay experience of this game to all the Nintendo Switch™ players on October 26th", Wesley Kuo, CEO of Ubitus, comments.

*Disclaimer: The quality of the experience depends on local internet speeds and bandwidth.

Ubitus operates the world’s best GPU virtualization technology and cloud streaming platform, and is dedicated to providing a superior user experience via its advanced technology. As long as users are connected to a broadband network, they can enjoy AAA gaming experience across various devices, such as smartphones, tablets, game consoles, smart TVs, and personal computers.

With its comprehensive GDK (game development kit), Ubitus provides a fast-to-market onboarding solution to support game companies in Japan and overseas, who are interested in cloud gaming. Ubitus partners with telecom carriers, online service providers and game publishers around the world.

Marvel Entertainment, LLC, a wholly-owned subsidiary of The Walt Disney Company, is one of the world’s most prominent character-based entertainment companies, built on a proven library of more than 8,000 characters featured in a variety of media for over eighty years. Marvel utilizes its character franchises in entertainment, licensing, publishing, games, and digital media. For more information visit https://www.marvel.com
© 2021 MARVEL

Established in 2007, Eidos-Montréal™ is a premiere developer of interactive entertainment based on new intellectual properties and beloved franchises including the acclaimed Tomb Raider® and Deus Ex® series. Renowned as master storytellers, the studio builds immersive worlds and adventures that create lasting memories for players across the globe. Eidos-Montréal crafts its multiple interactive projects with close-knit teams in a hybrid work environment, keeping their focus on creativity and technological innovation.

Eidos-Montréal and its network of studios, Eidos-Sherbrooke™ and Eidos-Shanghai™, are part of the Square Enix® group of companies. More information on Eidos-Montréal can be found at https://eidosmontreal.com.