Due to the pandemic’s impact, people begin have begun to show great concern for air-related topics. Airvida E1 can generate up to 6 million negative ions/cm3 around the user’s facial area every 0.6 seconds. Through ible’s unique Breathing Pathway Eco Ion Technology, Airvida E1 produces negative ions which can disrupt and break down coronavirus’ carbon-hydrogen bond and inactivate them immediately. In addition, those negative ions can also attach to the coming particles and turn them into bigger and heavier chunks to fall into the ground. This mechanism can reduce inhalable airborne coronavirus, PM2.5, pollen, allergen, and bacteria.

Airvida E1 weighs only 42 grams and is comfortable to wear for hours. The battery life can last more than 8 hours when turning on air, purifying, and earphone functions. Without music playing, battery life increases to more than 30 hours.

Airvida E1’s APP can provide instant PM2.5 & pollen information according to the user’s location. It can also remind users to turn on the air purifying function or adjust the level of the negative ions (2 million/ 4 million/ 6 million negative ions) when needed. Airvida E1 is suitable for commuters, and it can also be put on its stand to allow use as a desktop air purifier even in the office.

This brand new concept was identified with Japan Good Design’s judges, making Airvida E1 the only wearable air purifier which won the 2021 Good Design Award (Japan). The judges of this award have very positive comments for Airvida E1 and wish Airvida E1 to become the pioneer to the epidemic prevention market.

In addition to its safety, Airvida’s high purifying ability also made itself earn Innovation Awards at CES 2020, German Innovation Awards 2022, and the first prize in the Epidemic Prevention Category at 2019, 2020, 2021 SNQ (Symbol of National Quality, Taiwan), and 2022 Taiwan Excellence Awards. Due to its outstanding virus removal capability, Airvida was recommended by TTA to StartupBlink (UNAIDS, under the United Nations) and soon be recognized on their Coronavirus Innovation Map.

Designed in Taiwan for the world

Airvida has sold over 300,000 units in over ten countries to date. Referring to the customer reviews in Japan Rakuten, Airvida not only gets a 4.5 out of 5 rating but also makes 97% of hay fever sufferers feel improved. 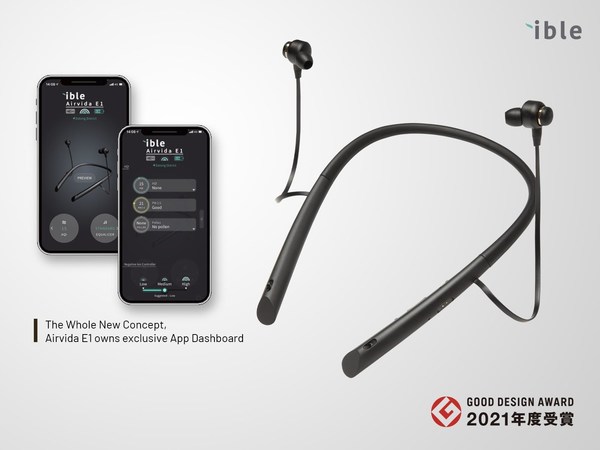