TOKYO, Feb. 23, 2022 /PRNewswire/ — After more than a dozen years, blockchain has made remarkable progress. Introduced in 2014, Ethereum has brought the concept of smart contracts into the blockchain, which has led many developers to create numerous decentralized applications on top of it.

Ethanim has adopted a new solution that is different from the existing blockchain platform. By using "Trias Layer-1", a blockchain system that has accumulated over 10 years in the area of trusted computing technology, as an architectural foundation, Ethanim will revolutionize the conventional blockchain consensus building method. 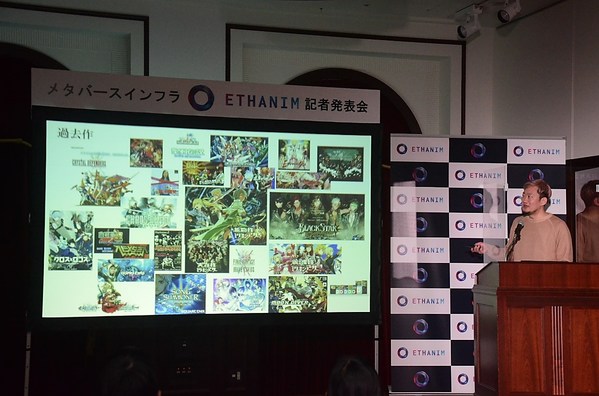 At a recent press conference hosted by Ethanim in Tokyo on February 8, the representative director of sisilala Takehiro Ando shared his perspective on ‘A Metaverse that a game producer seriously reflects upon for the first time.’ Ando is currently the Executive Director of DONUTS Inc. and has a wealth of experience in the production of games such as ‘BLACK STAR -Theater Starless’ and ‘The Last Airbender.’ He is quoted as describing himself as a "Game DJ" who  ‘makes’,  ‘tells’ and ‘mixes’ games.

As an innovator creating content including applications on the Metaverse, he further contributes that "Being able to do anything is nothing, and that it is very important to capture a single point for creation", emphasizing that the majority of hit creations comes from the youth. "While it is easy to push toward one point, the field of vision tends to be narrowed." He also recognizes the vitality of investment and networking.

Ethanim will modularize technologies such as edge computing, virtual GPUs and distributed storage and combine them with pluggable blockchain to form a comprehensive Metaverse solution. The system can be expanded indefinitely, and large-scale decentralized applications support the same performance, user experience, and development methods as traditional applications. At the same time, rich assets and interoperable protocols enable flexible coordination between applications and truly enable the meta-universe.

Through proposed collaborations with platforms like Sisilala TV and trailblazers like Takehiro Ando, the Metaverse is about to explode with endless possibilities.