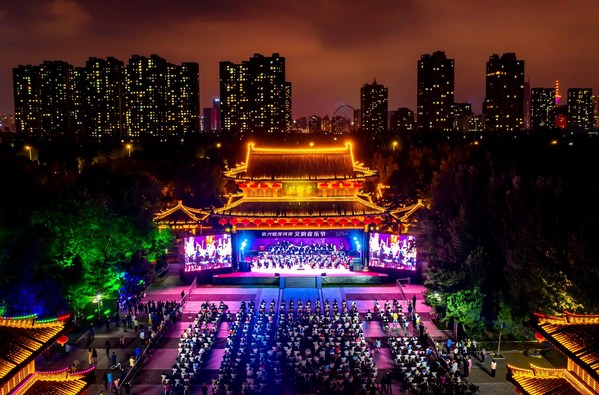 The theme of the festival is "Winning the overall well-off, sharing a better life". Four performances are arranged from 4th to 9th in September, according to the Publicity Department of Shenyang Municipality.

The "Night of Hun River" opening ceremony concerted by Shenyang symphony. The musicians performed orchestral music such as "The Northeast Wind", "A suite excerpt from The Yellow Fever", "Beautiful Gerati Overture" and "Spanish Cappella", and it will continue to bring an elegant art feast to the audience in ShenShuiWan Park on September 9th. In addition, the Inner Mongolia National Art Theater Symphony Orchestra will hold a concert in Shengjing Grand Theater and ShenShuiWan Park on September 6th and 8th respectively.

Many famous domestic orchestras including Wuhan Symphony Orchestra recorded videos for their performance, which were broadcast on the big live screen to improve the music festival. At the same time, there will also be three sessions of "online concert" and "online course", during which the general public and symphony fans can listen to music on the platform of Einstein FM.