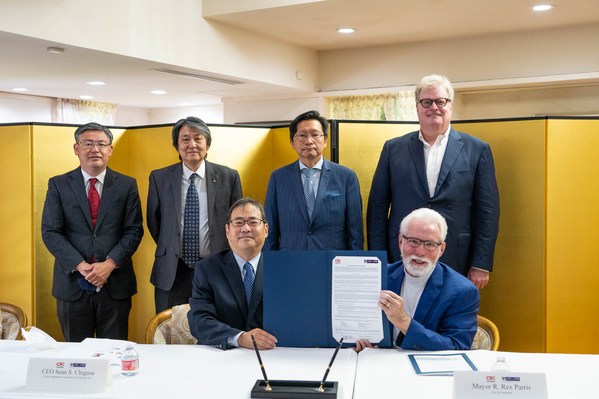 "Since the City of Lancaster announced its goal to become the first Hydrogen City in the United States, we have made steady progress and today marks the next phase of our vision," said Lancaster Mayor R. Rex Parris. "We are excited to partner with Choshu Industries on our GEM system, which will add a hydrogen backbone to the system’s solar and battery capabilities, all driven by Choshu’s advanced artificial intelligence."

The "SHiPS" and "MizTomo" systems deployment represent the first projects of Lancaster’s partnership with Choshu. These systems can be scaled to extend the City’s hydrogen capacity to other sectors. Choshu and Lancaster will explore additional opportunities to supply hydrogen to commercial users and to support the city’s fleet goal. "Lancaster has committed to having the first all-hydrogen municipal fleet in the United States. We plan to replace Lancaster’s current fleet of passenger vehicles with new hydrogen vehicles as leases on gas vehicles expire" said Parris. Additionally, Lancaster is engaged with several hydrogen refueling station providers to develop a network of passenger and heavy-duty vehicle stations.

Parris is a fifth-term Republican mayor who transformed Lancaster into a renewable energy leader over the past decade by attracting more than $2 billion of investment in cutting-edge green companies and technologies. Investors include BYD, which manufactures electric buses; Heliogen, which generates hydrogen from concentrated solar energy; SGH2, which gasifies wastepaper into hydrogen; and Hitachi Zosen Inova (HZI), which converts organic waste into renewable natural gas and hydrogen. The city also started its own utility company, Lancaster Choice Energy, allowing residents to choose local renewable energy at lower prices.