SHANGHAI, March 8, 2022 /PRNewswire/ — The Competition Preparation Week for WorldSkills Shanghai 2022 concluded on Friday after meetings for competition, workshop and skill management and other issues held over the past four days. 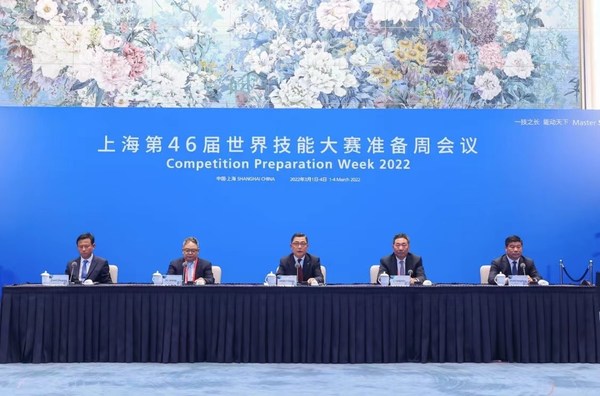 The Competition Preparation Week for WorldSkills Shanghai 2022 concludes on Friday. 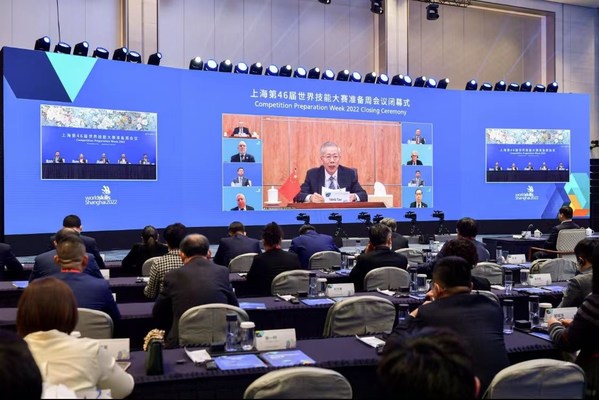 The Competition Preparation Week for WorldSkills Shanghai 2022 concludes on Friday.

According to the WorldSkills Shanghai 2022 Executive Bureau, preparations are well underway to host an innovative competition with extensive influence adhering to the "green, smart, technological, safe and simple" organizing principle under proper pandemic control and prevention measures.

Efficient coordination and cooperation has been established between the bureau and WorldSkills International, through which more than 500 meetings have been organized on different topics among various departments.

With the influence of the COVID-19 pandemic, the organizers have been exploring innovative and efficient approaches for the delivery of the competition.

By now, organizers have planned 11 areas with more than 300,000 square meters for the 63 skills competitions and complied their infrastructure lists and layout drawings for their workshops.

Technologies, especially information technology, big data and artificial intelligence, are being used to ensure service efficiency and guarantee the safe running of the competition.

The organizers have kept the people-centric principle in mind to create a safe, healthy, convenient and comfortable environment for all competitors.

While providing a fully functional competition venue with first-class facilities, the city will also offer effective and humanistic services with supporting and volunteer teams. It will prepare a specific service plan for each team throughout their stay in Shanghai.

With the theme of "Skills Change the World", the organizers will highlight skills and Chinese culture with modern technology, stories of skills and the concept of WorldSkills Competition to pass on the hope for post-pandemic economic recovery around the world with the power of skills.

Shanghai is building a WorldSkills Museum and will share it with the whole world. Work is underway to design and arrange exhibits in six zones in the museum converted from the Yong’an Warehouse on the Huangpu River waterfront,the mother river of Shanghai.

So far, more than 4,500 sets of exhibitions have been collected, including 697 from overseas. It is scheduled to open to the public in October.

As an important part of the CPW agenda, the 63 specific skills meetings were moved online. They are scheduled between January and May with the majority completed in March. Located in 28 countries and regions, some participants have to attend the meetings late in the night or early in the morning.

"As we close Competition Preparation Week 2022, we can really say we are one step closer to the 46th WorldSkills Competition," said Chris Humphries, WorldSkills International president and chair of the board.