QINGDAO, China, Sept. 28, 2020 /PRNewswire/ — On September 27, Hisense, topped the Chinese TV market by market share for the 16th straight year and announced its cooperation with Gong Li as the global brand ambassador days after the release of "Leap". The international movie star Gong Li, who leads the Chinese women’s volleyball team to win world championships in the movie, now plays The Champion of Television. 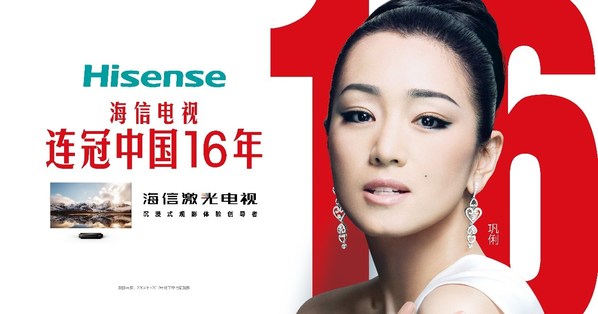 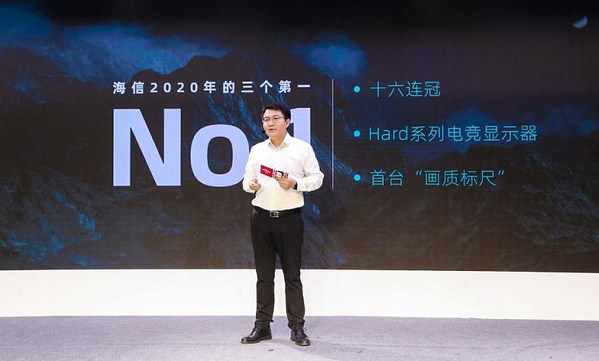 Gong Li is known as the "Queen", while Hisense is the absolute king in the Chinese TV market. According to CMM, an authoritative third-party data organization, Hisense topped the Chinese TV market by market share from 2004 to 2019. Especially in the field of high-end large screens above 80 inches, Hisense Laser TV firmly occupies the first place in market share and is the absolute ruler of the large screen market. Meanwhile, Hisense TV has become the market leader in countries such as Japan, Australia and South Africa. According to the survey released by China International Publishing Group, Hisense was one of the most familiar Chinese brands to overseas citizens for many years. 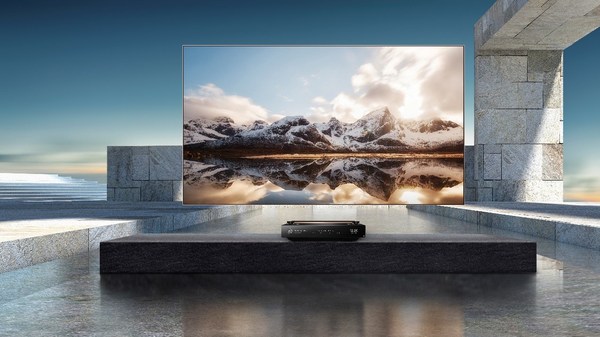 The cooperation was planned to be announced during the UEFA EURO 2020. Because of the COVID-19, the announcement was announced with the movie. The cooperation with Gong Li is a continuation of the signing of Benedict Cumberbatch as brand ambassador for the 2018 World Cup. Gong Li is dedicated and respectful to her career, and each of her leading roles is the result of the continuous focus on her acting skills. Hisense attaches great importance to technology and quality, and is fully recognized by consumers in Japanese, European and American markets. Moreover, Gong’s calm and modest attitude fits well with Hisense, a pragmatic technology company. The eye-catching theme of the poster, "Who is Better Than Me", appropriately conveys the strength and confidence of both sides.

Hisense also released the first high-end benchmarking broadcast monitor in China today, which has formed a value connection with Gong Li’s professional image in the film and demonstrated Hisense’s consistent accuracy and uniqueness in the selection of brand ambassadors.