Investment made through Gojek’s payments and financial services arm, with ambition to provide millions of users with greater access to digital banking services 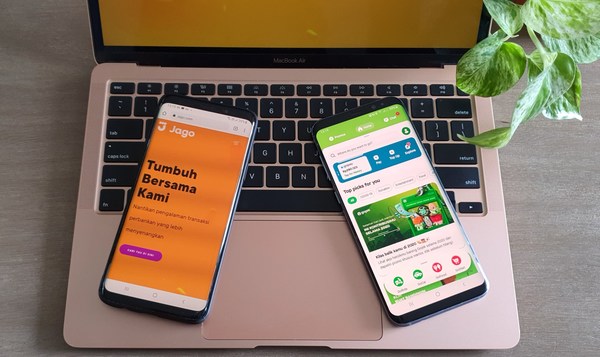 Gojek, Southeast Asia’s leading mobile on-demand services and payments platform, has invested in Bank Jago, an Indonesia-listed technology-based bank, as part of a strategic partnership that will accelerate financial inclusion in Indonesia.

The partnership marks a collaboration between two exciting technology-focused companies: Gojek, pioneer of the Southeast Asian ‘Super App’; and Jago, an innovative technology-based bank that delivers digital banking services for the SME, consumer and mass market segments in Indonesia. It also builds on the partnerships that Gojek – and its digital wallet and payments platform, GoPay – has formed with various Indonesian financial institutions to offer financial services to merchants and drivers since 2017.

The ultimate aim of this partnership is for Jago to provide access to digital banking services through Gojek’s platform, allowing Gojek’s millions of users to instantly open a bank account with Jago and better manage their finances via the Gojek app. The partnership will also act as a model through which Gojek will go on to partner with other banking institutions to support them in reaching more customers.

Indonesia – home to the world’s 4th-largest unbanked population where 52% of adults (about 95 million people) do not own a bank account[1] and a further 47 million adults are underbanked or have insufficient access to credit, investment and insurance[2] – represents a huge opportunity for companies like Gojek and Jago. That it has a high smartphone penetration rate of 70-80% also makes the population infrastructurally ready for digital banking.

The investment – made through Gojek’s payments and financial services arm – will mean Gojek holds around 22% of Bank Jago. The deal also does not alter the control of Jago, with Metamorfosis Ekosistem Indonesia and Wealth Track Technology continuing to be Jago’s controlling shareholders with a combined ownership of 51 per cent.

Gojek Co-CEO Andre Soelistyo, said: "Our partnership with Jago marks the latest milestone in our drive to reduce daily friction for users and improve their lives through technology. It is a key part of our strategy and will underpin the growth and sustainability of our business in the long term. Jago’s tech-based banking solutions will supercharge Gojek’s ecosystem offerings and facilitate access to banking services for the mass market, thereby supporting our common vision to accelerate financial inclusion in Indonesia.

"This is the start of a new way of offering financial services to Gojek users as the collaboration will enable us to develop a process through which we can work with other banks. Our aim is to leverage more partnerships like this, to ultimately make the Gojek app a reliable resource for everyone’s financial needs."

Bank Jago’s President Director, Kharim Siregar, said: "We are proud and excited to work with Gojek, which has a digital footprint that encompasses millions of consumers and businesses throughout the country. This perfectly complements Bank Jago’s deep expertise and understanding of the financial needs of Indonesians.

"We believe that this strategic collaboration – between a tech-based bank like Bank Jago and a Super App like Gojek – is the first of its kind in Indonesia and Southeast Asia and represents a new way to spur growth in digital economies. As a bank designed with an open API, we will go on to work with multiple digital ecosystems to reach a wider audience and drive our aspiration to enhance the finances of millions of people through digital financial solutions."

Bank Jago was founded in 1992 under the name PT Bank Artos Indonesia. In 2020, Bank Artos changed its name to PT Bank Jago Tbk as part of its transformation to become an innovative tech-based bank with the aspiration to enhance the growth of millions through digital financial solutions.

Gojek is Southeast Asia’s leading technology group and a pioneer of the integrated super app and ecosystem model. Gojek is founded on the principle of using technology to remove life’s daily frictions by connecting consumers to the best providers of goods and services in the market.

The company was first established in 2010 focusing on courier and motorcycle ride-hailing services, before launching the app in January 2015 in Indonesia. Since then, Gojek has grown to become the leading super app in Southeast Asia, providing access to a wide range of services from transportation and digital payments, to food delivery, logistics and many other on-demand services.

Gojek now operates across main cities in five Southeast Asian countries. As of June 2020, Gojek’s application and its ecosystem have been downloaded 190 million times by users across Southeast Asia.

As a super app, Gojek is dedicated to solving the daily challenges faced by consumers, while improving the quality of life for millions of people across Southeast Asia, especially those in the informal sector and micro, small and medium enterprises (MSMEs).

The Gojek application is available for download via iOS and Android.

After 27 years of serving the public with conventional saving, loans, and services, in 2019 Bank Artos entered a new era marked by the entry of PT Metamorphosis Ecosystem Indonesia (MEI) and Wealth Track Technology Limited (WTT) as new controlling shareholders after acquiring Bank Artos shares at 37, 65% (MEI) and 13.35% (WTT).

In June 2020, we changed the name from PT Bank Artos Indonesia Tbk to PT Bank Jago Tbk to begin the transformation to build a Bank of the Future – a bank for everyone to grow together.

Through banking products and services which will be embedded in an ecosystem by optimizing technology, Bank Jago will become an innovative technology-based bank which serves the small and medium enterprises (SME) segment, Retail (Consumer) segment, and mass market segment.