SHANGHAI, Feb. 23, 2021 /PRNewswire/ — China’s ‘lipstick king’ Li Jiaqi (Austin Li), Meione company partner, has been acknowledged by Time Magazine as being one of the emerging Top 100 Most Influential People in recognition of his personal achievements in China’s e-commerce livestreaming as well as charity contributions. 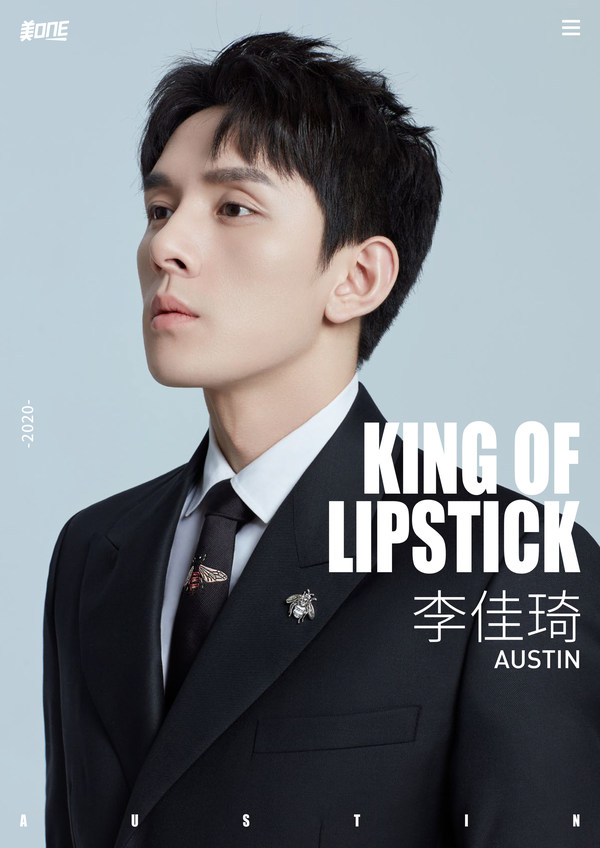 China’s ‘lipstick king’ Li Jiaqi, also known as Austin Li, has been acknowledged by Time Magazine as being one of the emerging Top 100 Most Influential People.

The second annual TIME100 Next list highlights 100 of the top emerging leaders from around the world. As an extension of the TIME100 Most Influential People list, Next is about celebrating people who are shaping the future. The 2021 list is particularly important as the COVID-19 pandemic has tested society and forced positive and influential leaders to the forefront.

"It excites me greatly that through my efforts, more and more people are being exposed to China’s booming e-commerce industry," said Li, one of the country’s leading e-commerce live streamers and an emerging philanthropist.

"I am also filled with pride that mine and my country’s efforts and achievements are being recognized on a global scale," he said. "I was lucky enough to be involved in helping China’s economy recover from the pandemic, and this honor is also a recognition of China’s success in fighting against the pandemic."

The list places individuals into five categories of ‘artist’, ‘phenoms’, ‘leaders’, ‘advocates’, and ‘innovators’; Li was recognized as an ‘innovator’. Li’s achievements in e-commerce live-streaming are virtually unparalleled. Known for his charismatic personality and candid product reviews, Li is recognized as being an authoritative figure in the beauty industry whose opinions and recommendations hold weight and influence the purchasing decisions of millions.

In 2018, he appeared side-by-side with and then outsold Jack Ma at Alibaba’s ‘Ten Years, Ten People’ event, selling 15,000 lipsticks in just five minutes. Then, in 2019, he helped drive $US145 million in sales on e-retailer Taobao during China’s Singles’ day shopping extravaganza. He holds the Guinness World Record for ‘The most lipstick applications in 30 seconds’ and has appeared alongside many A-list celebrities and news commentators, bridging the gap between traditional media and social media.

Speaking to Xinhua in September 2020, Li noted: "Whether it is fighting COVID-19 or poverty alleviation, I think we need to play our part." This attitude is being reflected by his enormous online fan base who are taking note and also making efforts to help progress society.

Since last year, Li has been focusing on the development of remote areas in China from carrying out poverty alleviation through e-commerce to improving education and providing better healthcare, to help rural revitalization.

"In the future, more work will be done to improve children’s education in rural areas and provide medical and health services for women in remote areas," Li said.

Currently, Li is positioned right at the helm of China’s live-streaming e-commerce industry, an industry projected to be worth $US15 billion by 2023.

Established in 2015, Meione is an innovative e-commerce company based in Shanghai and driven by new types of media and content. Meione founded the +7 brand of which Li Jiaqi is the driving force and company partner. Meione’s vision is ‘to make everything beautiful’, and in the future, the company hopes to become a major fashion consumer product brand group with beauty as its core.