HONG KONG, Feb. 10, 2022 /PRNewswire/ — Catheon Gaming, publisher of the flagship game SolChicks, the #1 leading fantasy "Play-to-Earn" (P2E) game on the Solana blockchain, today announced that it has expanded its portfolio by a further two game titles. 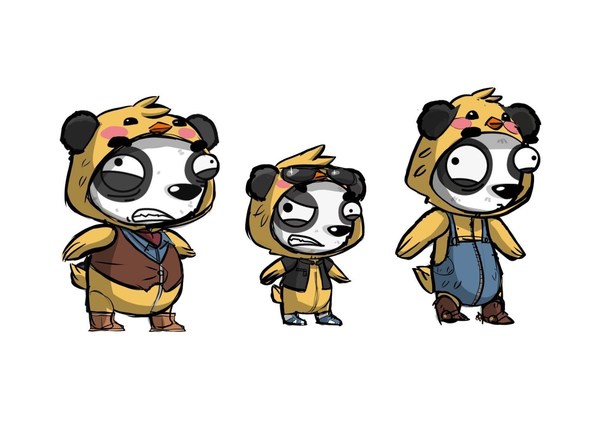 The first of the two titles – SeoulStars, is the world’s first "Sing-to-Earn" (S2E) game, and aims to capture the incredible interest around Korean popular music "K-Pop" which has become a worldwide phenomenon. K-Pop covers a broad range of singers and groups, including names such as BTS, Blackpink, and Jung Kook, has grown 37% in the last year, and not just in Korea and Japan. There is a new generation of fans in the US and Europe increasingly jumping on to the K-Pop train.

David Kim, Co-CEO of SeoulStars and Partner at Catheon Gaming said, "K-Pop is very much a popular culture juggernaut. It has broken out of Asia and is going global. What started with Psy’s Gangnam Style in 2013 won’t be contained. We understood that there is a real demand for content and games saluting this trend, and with the popularity of casual game titles like Rock Band and Dance Dance Revolution, we wanted to bring K-Pop to the world. We wanted the game to be as authentic as possible, so we’ve partnered with Korean Talent Agency HuMap, who helped immensely. We are also working on Web 3.0’s first virtual idol, Yuna, who will exist in the game’s Metaverse – she’s on track to release her first single around the time of the game Alpha."

Tommy Lee, CEO of HUMAP said, "I’m so proud to be a part of this game – K-Pop is a Korean institution, and because it was nurtured here, it has real value. The world is starting to recognise this value. At HUMAP we hope this game will excite global fans of K-Pop and Korea."

The second title announced by Catheon Gaming is AngryMals – which is live currently, with the "P2E" version launching in a month. The game is designed by Daniele Benovaz, CEO of AngryMals, who said, "I’ve been working on the game with a small team for quite a while, and was really proud of the direction. I wanted to partner with someone with the reach and skillset to take the game as far as it can go – after speaking to dozens of publishers, that was Catheon Gaming. Now that we have upskilled, we are working hard to make the game the best that it can be."

Speaking about the addition of the new titles, Thomas Seymour, Head of Strategy at Catheon Gaming said, "Catheon Gaming was conceived post the launch of our flagship game, SolChicks. The baptism of fire taught the team a lot about growing and scaling a community and turning a great idea into a real product. The company’s DNA is focused on impactful execution. For Catheon, gaming is our passion. Our team is highly skilled, and we cover blockchain tech, crypto, capital markets, private equity and top tier brands. What unites us is that we are super passionate about getting the most innovative games to the widest possible audience. We pride ourselves on excellence of execution, faster than other players. If you have a game vision, or an unfinished product, contact us, and we will take that vision seriously."

Catheon Gaming is scaling fast – created in December 2021 as little more than the core management team of SolChicks, the full team and it’s game development team now numbers 130+ staff in 30 countries. The group also includes an investment arm, Catheon Capital, which is staffed by a small team of veteran capital markets professionals. They identify and undertake rigorous due diligence before deciding to invest. Catheon Gaming and Catheon Capital, as well as SolChicks and Seoulstars will be in Dubai for the Global Blockchain Conference and Superverse conferences.

Catheon Gaming’s portfolio is growing rapidly, with the three existing titles soon to be joined by a number of others in development. The company is focused on working with both new games to ensure they reach the largest possible audience, or partnering with existing games to assist them to build out the value for players via "a Play-to-Earn" model or NFT’s or a blockchain layer.

Catheon Gaming is the fastest growing integrated blockchain gaming and entertainment company. The company’s flagship game, SolChicks, has raised over US$55 million from various venture capitals, institutions and launchpad partners. Enabled by blockchain technology and a team of diverse global talent from companies such as Google, Meta, McKinsey, Goldman Sachs, Equinex, Binance, and NVIDIA, Catheon Gaming revolutionizes the gaming ecosystem by providing gamers with possibilities to monetize their time and efforts and interoperability of earned assets.