SHANGHAI, Sept. 16, 2021 /PRNewswire/ — Atheneum, which provides a platform for companies to conduct and analyze research sourced through virtual interviews and surveys with stakeholders (that is, research solutions that include qualitative expert consultations, quantitative surveys and big data products to parse the results), has closed $150 million in funding. 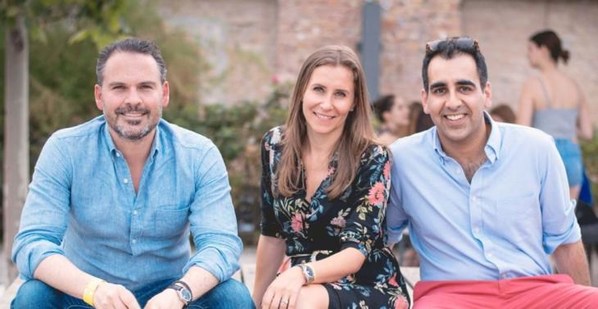 Data is the new oil, as the saying goes, and today a startup that is helping companies mine for it is announcing a major funding round to expand its business on the back of strong growth.

CEO Mathias Wengeler said it plans to use the funds to continue expanding geographically, hiring more people for its teams and building out its technology. Today Atheneum is used by some 500 large enterprises — with customers spanning verticals like life sciences, strategic consulting firms, investment services and telecoms, media and tech firms — covering a network of some 680,000 experts and so-called opinion leaders and hundreds of thousands of surveys and interviews.

The startup was founded in Berlin a little over a decade ago and now has a second base in New York, and notably, it is already profitable. This funding — led by Guidepost Growth Equity with participation from unnamed limited partners; existing investors Crosslantic Capital Management, Michael Brehm and Vogel Communications Group; and Atheneum’s founding management team — thus is coming opportunistically to jump on what has been strong growth for the startup, especially in the last year: in 2020 the company grew nearly 50%, Wengeler said, and this year growth has bumped up to 80%.

Atheneum’s growth is coming on the back of two trends in the world of enterprise.

The first is a bigger shift to digital transformation that we’ve been witnessing, spurred by the enforced remote working practices that came out of COVID-19. Specifically, companies need tools to let them continue carrying out work in more virtualised formats, and Atheneum has created a framework for those that have typically sourced data through live interactions to keep doing that using tools like Zoom, online surveys and cloud-based analytics to "read" and better understand all the resulting data.

The second trend is that companies making strategic decisions based on data and feedback from the field are increasingly wanting to tap into innovations in data science and technology overall to increase their access to more data and insights.

This second trend has been growing for years and predates the pandemic, which is also one of the reasons investors have been knocking: these are trends that go beyond circumstantial ones that might evolve when/if we return to our more traditional work patterns. Wengeler and his co-founders Ammad Ahmad and Marta Margolis (pictured above) all previously worked in management consulting, and Wengeler said that he was moved to start Atheneum to more directly address that opportunity.

"Primary and raw data were out there already," he said, "but their importance is increasing. What a doctor sees [firsthand] has a major impact on how a pharmaceutical company plans its strategy for commercialization and more, and that is different in every country. I felt that the world was getting more internationalized and we needed more raw data, we needed more market research. We see Atheneum as a platform for knowledge, based on being a one-stop shop for primary research."

Roshen Menon, who led the investment for Guidepost, also notes that is also a reflection of how companies themselves have evolved to build more specialized products.

"I think the fundamental shift has been from a reliance on secondary to primary research," he said. "Companies want to do their research directly. The second shift in the broader research tech space has the long and broad research approach. Things have gotten more specialized. ‘Let’s take a survey and understand this specific problem.’

"In life sciences, we have seen a shift from blockbuster drugs to specialized research and medicine and treatments for so-called orphan diseases. And there is much more of that across all industries. Services like Atheneum’s really allow customers to get access and insights from a sea of data."

On top of this, presenting this platform as a SaaS-style cloud service, which combines both technology and human interaction to better tailor it to the needs of the clients as needed — and of course alongside the humans who are providing the raw data in the first place — fits in with how a lot of businesses want to engage with technology and IT services these days.

That will mean an increasing number of competitors to Atheneum that will be looking to leverage their own reach and tools to dive deeper into the "research-as-a-service" space. That could include more activity from survey and direct marketing companies like SurveyMonkey or Mailchimp, or even companies like Salesforce or Microsoft’s LinkedIn that want to build an ever-bigger set of tools to help people do business more efficiently.

Or even companies like Google, which up to now have focused surveys more on consumer responses that are sold as advertising units (you may have come across these on sites like YouTube), but obviously have a big opportunity to build more cloud-based services to cater to their growing roster of business customers that might better leverage their in-house big data and AI capabilities. Wengeler said that up to now, LinkedIn has been one of the more active and interesting players in building new tools that might most directly compete with what it builds.

It is nonetheless a big opportunity: Atheneum cites figures from Deloitte that estimate the data and intelligence market is worth some $22 billion currently.

Atheneum, partly as a result of raising relatively little money previously and partly a result of focusing just on its growth and client business, has been somewhat under the radar until now. To that end, it is not disclosing its valuation today. But as an indicator of where it might be, Wengeler confirmed that the startup had raised less than $20 million previously, and that this latest investment gives new backers a minority stake with the founders remaining the biggest shareholders in the company.

Menon, who is taking a board seat with this round, added in an interview that Atheneum is making "well north" of $50 million in revenue annually.