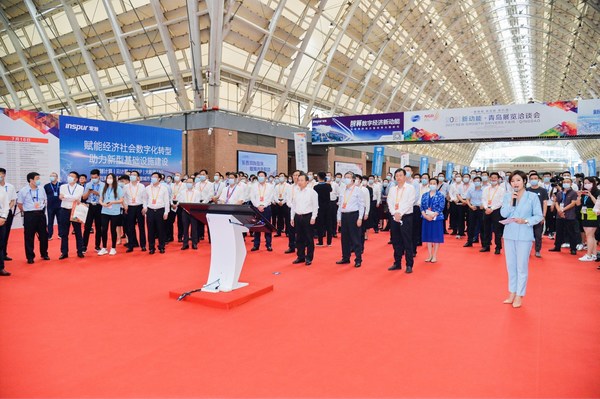 The principal aim of the event is to amplify the message about Shandong province’s ongoing openness to international partnerships in line with the mission of leveraging existing resources and advantages to provide additional impetus to the province’s growth. The fair, themed "New Pattern, New Growth Drivers, New Opportunity", consisted of conferences and exhibitions, physical and cloud-based exhibitions, alongside on-site interactive activities and investment promotions, showcasing Shandong’s industrial advantages, growth opportunities and achievements in transforming traditional industries through the application of the newest and most promising technologies. The event is jointly organized by the Shandong Provincial Party Committee and the Shandong Provincial Government.

In addition to 55 independent exhibitors, 583 companies attended the event as members of trade delegations and displayed their wares and services in a 23,500 square meter exhibition space, while 509 firms showcased their products and technologies online. The world’s and China’s top 500 companies made up approximately 40 percent of the exhibitors, including Cisco (US), Siemens (Germany) and Sika (Switzerland), while several Fortune 500 companies headquartered in Shandong province were also present, led by Shandong Energy, Shandong Heavy Industry, Haier and Weiqiao Pioneering.

– The event helped inspire confidence among many international firms in investing in Shandong by showcasing the results of partnerships between the province and several multinationals. At the "Multinationals and Shandong" pavilion reserved for themed exhibitions, government officials from 16 cities collectively presented the results achieved by collaborating with multinational companies and explained their plans for the next stage of growth as well as their intentions to further deepen the existing partnerships. The officials also elaborated on the developments of key local firms, leaders across the markets, brands, uniquely competitive industries and major industrial parks.

– The fair demonstrated the province’s proven capabilities in consolidating its industry infrastructure and serving multinationals and global leaders by building a comprehensive, robust industrial ecosystem.

– The strong lineup of products that were launched during the event, among them, the global debut of Shandong Heavy Industry’s high-end VGV SUV, the world’s first high-reliability 5G private network system for the mining sector from Shandong Energy Group, and an innovative communications service developed for China’s energy sector that integrates an intercontinental private network with the video convergence features of the BeiDou Navigation Satellite System, demonstrated the extent to which the fair is becoming one of the most important annual events for promoting the province’s economy. Shandong Heavy Industry also displayed the world’s first diesel engine that achieves 50 percent thermal efficiency, the high-end hydrogen-powered Yellow River X7 tractor, and China’s first CVT tractor and first pure electric bulldozer.

– The event included a cloud-based exhibition platform. With the exhibits of the 16 cities presented panoramically using VR technology, an immersive experience awaited online attendees who virtually visited the booths, at which they could learn about featured products and watch a promotional video. All organizations that participated in the event online were given an opportunity to broadcast their roadshows live via the platform. Nearly 300 firms signed over 60 letters of intent as a result of their online presence at the event.