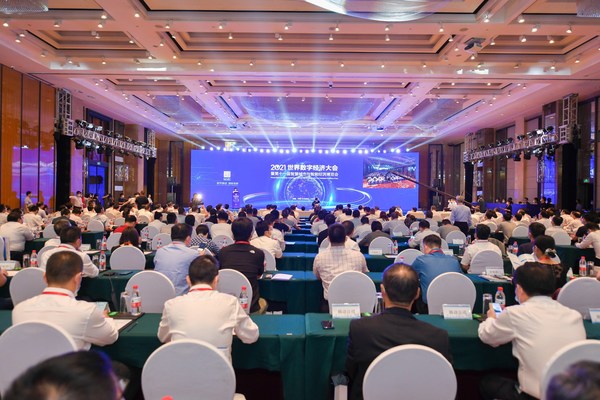 Themed on "Digital Driven Intelligent Development" and focusing on digital reform and the development of the digital economy, the event has attracted government officials, business leaders, scholars and industry experts to share opinions on topics like artificial intelligence, blockchain, quantum communication, 5G plus industrial internet, new manufacturing, new digital infrastructure, and digital finance. It will last until Sunday.

Zhejiang has strengthened comprehensive and systematic deployment of digital reform since this year, and deeply implemented the 2.0 version of the digital economy "No. 1 Project".

In the first half of this year, the manufacturing output of the core industries of the digital economy in Zhejiang ranked the third in China, with a year-on-year increase of 28.2 percent in added value.

Besides, steady progress has been made in the building of integrated intelligent governance of Party and government bodies, digital government, digital economy, digital society, and digital rule of law, and major application and theoretical achievements such as "industrial brain plus future factory" have been made continuously.

As the permanent venue of the World Digital Economy Conference, Ningbo is striving to elevate the quality and quantity of the core industries of the digital economy, and forge itself into a characteristic software city in China, a leading city in industrial internet, a new highland of international intelligent manufacturing, and a pilot demonstration zone of the digital economy.

Holding the World Digital Economy Conference 2021 & the 11th Smart City and Intelligent Economy Expo is an important measure for Zhejiang to fully implement digital reform and promote high-quality development of the digital economy, which will help the province bring together the development factors and innovation resources of the digital economy extensively by creating a high-level platform to display, communicate and cooperate.

Next step, Zhejiang will focus on the mission of building a demonstration zone for common prosperity with high-quality development, and strive to build a modern economic system centered on the digital economy, to become a demonstration area of digital China and a global digital revolution highland.