BEIJING, Sept. 18, 2021 /PRNewswire/ — To better tell stories of Suzhou, an east China-located city known for its classic Chinese gardens, an annual report on image of Suzhou city in global cyberspace (2020-2021) came to the public during the 2021 Global AI Product & Application Expo (2021 AI Expo) on Thursday.

The report was released by the Jiangsu Center of Xinhua-run China Economic Information Service (CEIS) on the expo’s future of smart media-themed sub-forum. It probes into the characteristics, effectiveness and shortcomings of Suzhou’s city image building via internet channels in the past year. 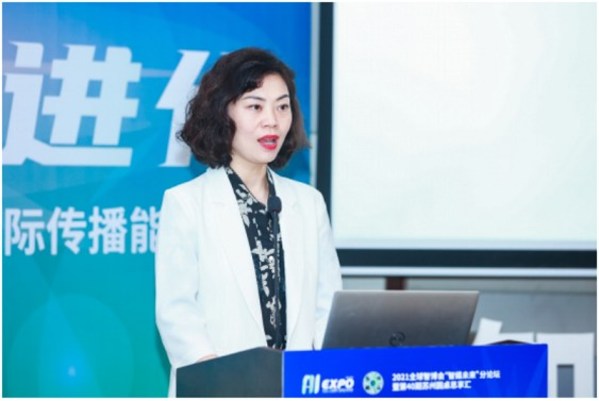 Suzhou, as one of the major cities in the Yangtze River Delta, boasts a unique city image thanks to its world-class traditional culture and rich aquatic resources, complete and diversified manufacturing industry chain, and advantages in piloting preferential and opening-up policies by national level local economic platforms, according to the report.

Different from other Chinese cities, Suzhou appeared in reports by global media with four typical characteristics.

For instance, the city was usually reported along with such hot words as the "digital city", "ancient Chinese gardens", and words related to urban construction, culture, and tourism of Suzhou.

Moreover, Suzhou mainly appeared in reports by global mainstream media, which are mostly neutral in stance, in topics regarding its ecological environment, science and technology progresses, and development of emerging industries.

Furthermore, the city caught more attention from traditional media such as magazines, news agencies and commercial news websites and new media as compared with social media where reports about Suzhou are relatively scarce.

YouTube turned out a more interactive and influential platform for the city to communicate with the world as it is easy for influencer campaigns to produce widely-focused livestreaming shows about Suzhou, and the audiovisual language and topics concerned are easy to understand and closer to daily life.

To better tell Suzhou stories, the report suggests the city deepening cognition of its city image and exploring more value of its connotation.