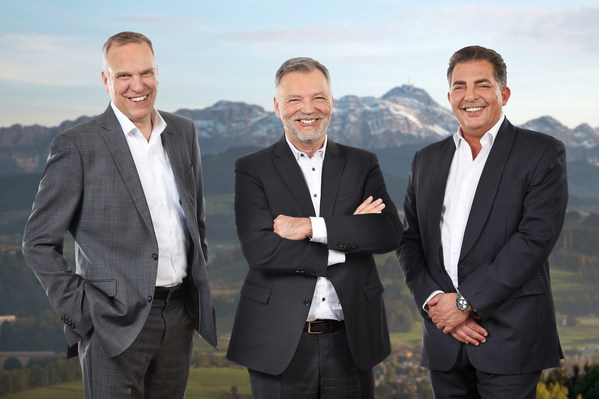 Solid-state batteries are regarded as the successor technology to conventional lithium-ion batteries. Intensive research is being carried out worldwide – and Switzerland is now the first country to go into series production with this technology.

Rapidly rising energy costs, the energy turnaround and the security of supply of countries can only be solved via renewable energies. And efficient electricity storage systems are a key prerequisite for this.

With production scaling from 1.2 GWh to 7.6 GWH, SCB AG will serve both the Swiss domestic and international markets with sustainable battery storage from 2024.

SCB AG has learned from the Corona crisis, the chip crisis and the Ukraine crisis and is consistently implementing the lessons learned: All machines as well as chemicals are sourced regionally from Switzerland and Germany. Short distances, minimized logistics costs and security of supply are the primacy of our actions.

The newly founded production company SCB AG from Switzerland is revolutionizing the global battery market with its serially produced solid-state battery. Swiss Clean Battery AG, headquartered in Frauenfeld, is convinced that it will leave the international competition behind with its environmentally friendly, safe and extremely powerful product.

The energy transition to renewable energies requires electricity storage, especially in view of the rapidly increasing electricity consumption and the exploding energy costs. However, conventional battery technologies create serious resource and waste problems. SCB AG is treading a new path with the production of a new and sustainable basic technology, the "green solid-state battery".

Lithium-ion batteries have revolutionized the battery world. But now that their production and use are soaring to astronomical heights, the dark side of this development is becoming apparent: Raw materials are needed whose long-term availability is not guaranteed and some of which are extracted under inhumane conditions. There are safety risks, as the batteries can lead to fires and explosions that are difficult to extinguish. And, above all, there will be a huge mountain of waste in the near future. This is because the lifespan of conventional lithium-ion batteries is very limited. They reach the end of their life after a few thousand charging cycles at the latest.

The solid-state battery produced by SCB lasts almost indefinitely and has a 50% better environmental balance than conventional lithium-ion batteries. Furthermore, it is incombustible and therefore safe to use, contains no critical raw materials such as cobalt, and is resistant to deep discharge and fast charging.

Solid-state batteries have been regarded for years as a promising successor technology to conventional lithium-ion batteries. Accordingly, they are the subject of research in numerous laboratories around the world. So far, however, it has not been possible to develop high-performance batteries with solid ion conductors:

A central technical problem is to bring the fixed ion conductor in the battery cells into a stable connection with the electrodes. Many research projects are based on a "modular design" in which individual components are combined outside the cell and then inserted into the housing. This leads to problems with the transfer of ions at the material boundaries between the electrodes and the fixed ion conductor. After more than 30 years of basic research, it has been possible to solve this problem: In this new approach to solving the problem, the fixed ion conductor is formed in the battery cell itself, similar to a multicomponent adhesive. This overcomes the transition problems compared to modular construction.

Swiss Clean Battery AG was founded in February 2022 in Frauenfeld in the canton of Thurgau:

The CEO is Mr. Roland Jung, the CFO Mr. Peter Koch and the COO Dr. Thomas Lützenrath.  He is also the COO of High Performance Battery AG, the licensing technology company. The production facility will be scaled from 1.2 GWH to 7.6 GWH:

In the first production phase of 1.2 GWH, SCB AG is planning sales of CHF 318 million. For this, 246 million CHF investment volume in the machinery is planned.  In this first stage, SCB AG employs 181 people. A production area of 20,000 m2 will be built in order to manufacture 7.2 million battery cells per year.

The enterprise value in this first stage is CHF 1.3 billion, with a conservative multiple of 18. In addition to debt financing of the production facility, an initial public offering (IPO) is targeted for October 2022 on the Zurich Stock Exchange.

In the final phase, SCB AG is to produce 7.6 GWH, with an investment sum of CHF 775 million and a turnover of over CHF 2 billion.  Approximately 100,000 m2 of production area will be built for this purpose. At this stage of expansion, SCB AG will produce nearly 48 million battery cells per year with 1061 employees.  The company will then be worth CHF 8.6 billion.