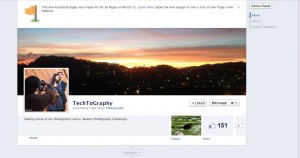 Social media has taken the world by storm, well of course that has been the case since the first social media website appeared. Countries all over the world have had their own share of social media users. Today however, the popularity of social media is monopolized by one brand and that is Facebook. Statistics from different agencies like comScore would show that the king of social media is no other than Facebook. It is because of this popularity that sometimes people become addicted to using Facebook. Many are now well versed to using Facebook rather than using a simple Document application however millions of Facebook will have to undergo another learning curve once Facebook Timeline is fully implemented.

Ever since Facebook announced that they will change the popular Facebook interface to Facebook Timeline many users have been asking, What is Facebook Timeline? In the perspective of Facebook, their Timeline definition is that it is a platform or interface where your posts and status updates regarding your stories, experiences and even your photos and videos will be aggregated to tell your life story. A pretty ambitious goal in my opinion considering the fact that honesty is not the main requirement in posting via Facebook, but then again its a service which you can use to your advantage.

What are the Things You Can Do in Facebook Timeline?

2. Timeline Dates – Timeline allows you to go back to the past by categorizing your posts according to the date they were posted, you can scroll through your posts in the different years since you started using Facebook. You can also hide stories or posts which you think are not supposed to be made public.

4. Highlight Stories – from the list of different posts in your timeline you can highlight your a story which you think is worth remembering.

As of now Facebook timeline is still optional, Facebook have not given a definite date on when timeline is going to be rolled out for all its “close to a billion” users. My advice though is that if indeed Facebook timeline is inevitable then you might as well activate your timeline now and learn the ropes early and be an expert in using it before everybody does, saves you the learning curve time.

In my opinion Facebook Timeline is a social media interface where you can record your life’s history, its similar to writing your autobiography provided of course that you stick to the facts, its an online book of your life complete with photos and videos. As long as the privacy of the user is not compromised then Facebook timeline may be a good life project.