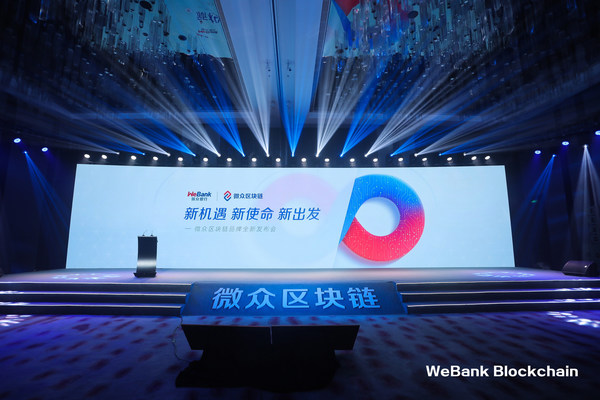 "In the past seven years, WeBank Blockchain has accomplished two interim missions and met their goals to realize a technology that is secure, controllable and open-sourced achieving industrial digitalization." Nanqing Li, President of WeBank, said in his speech, "Today, fintech is transforming from merely improving efficiency to promoting equity and sustainable development. WeBank will leverage its advantages in strategic positioning, agile trial-and-error experimentation, dedication to innovation and explore cutting-edge technologies to promote equity and sustainability with WeBank Blockchain." 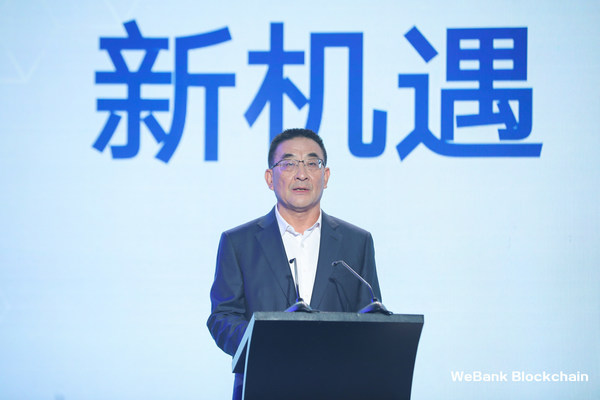 As the first digital bank in China, WeBank has been exploring technological innovation by using blockchain as one of the key technologies to improve efficiency of digital and inclusive finance services. The bank has also extended its fintech capabilities into key industries such as government affairs, RegTech, agriculture and healthcare increasing the efficiency and reducing cost of collaboration among multiple stakeholders.

WeBank started to navigate blockchain in 2015. One year later, it co-launched Financial Services Blockchain Consortium (Shenzhen) ("FISCO"), the first blockchain consortium in China’s finance industry. Since then, driving the blockchain and fintech sector forward has been a core mission for the digital bank.

In 2017, WeBank realized its own secure and controllable blockchain technology and led the open-source development of FISCO BCOS, the financial-grade open-source consortium chain platform. After releasing the source code, WeBank has been actively promoting the application of blockchain for industrial digitalization, further boosting the development of the real economy in China.

Today, the open-source consortium chain ecosystem initiated by WeBank Blockchain along with other parties has attracted more than 3,000 institutions and over 70,000 individual members. It has successfully supported the deployment of several hundred blockchain applications in various industries such as finance, healthcare, legal and justice, agriculture and manufacturing, with more than 200 benchmarking applications for industrial digitalization.

When describing the new mission of WeBank Blockchain, Ma said: "After nearly seven years of rapid development, WeBank Blockchain has completed building the foundation in terms of notion, technology and ecosystem and is ready to embark on a new journey. Today, equity and sustainable development have been emphasized in China’s national policy. To embrace this new opportunity, we will leverage blockchain technology as a trust machine to help stakeholder pursue ESG strategies and build trusted ESG infrastructure to accelerate the digital transformation of industries and facilitate sustainable development."

Ma also explained the meaning of the new logo for WeBank Blockchain. Designed like a handshake, it has been inspired by blockchain technology, which was created to tackle trust issues. It shows how WeBank hopes to join hands with more partners in the future to co-build an open-source consortium chain ecosystem and facilitate more trusted ESG practices. 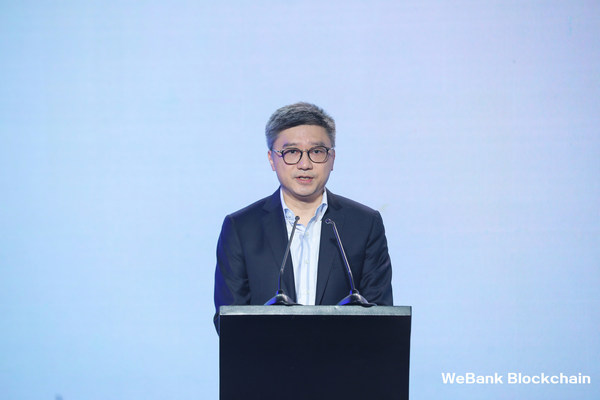 As for the means of building trusted ESG infrastructure, Hata Fan, Deputy General Manager of Technology Development for the Distributed Business of WeBank and Head of WeBank Blockchain, said that WeBank Blockchain plans to accomplish its new mission by driving ESG applications and talent cultivation based on the solid foundation of an open-sourced technology and ecosystem which are summarized as "2 foundations + 2 drives".

To better promote ESG development, WeBank Blockchain will focus on key technologies used for privacy computing, trusted governance, distributed digital identity and more. It will develop the framework for ESG applications and build open-source ecosystem promoting quick and efficient implementation of ESG programs. Through an open-source ecosystem, WeBank Blockchain will work with more partners to drive ESG applications and cultivate talent with both blockchain and ESG capabilities, which is expected to cover more than 100,000 training opportunities.

WeBank also invited partner representatives of the WeBank Blockchain open-source ecosystem to the launch event to share real experience of how WeBank Blockchain has helped them with deployment of ESG applications. The guests also joined discussions around the topic of "New Opportunities and Challenges of Blockchain under its New Mission" during a roundtable session.

The playback of the event is available via:

WeBank Co., Ltd. ("WeBank") is a world-leading digital bank and the first digital bank in China. Launched in 2014, WeBank has provided more convenient financial services to 300 million individuals and 2.7 million micro-, small- and medium-sized enterprises (MSMEs). In 2019, Moody’s and Standard & Poor’s gave WeBank "A3" and "BBB+" ratings respectively. Adhering to the vision statement of "Connect and Empower with Fintech," WeBank is driven to build core competencies through innovation, technology and skilled employees.