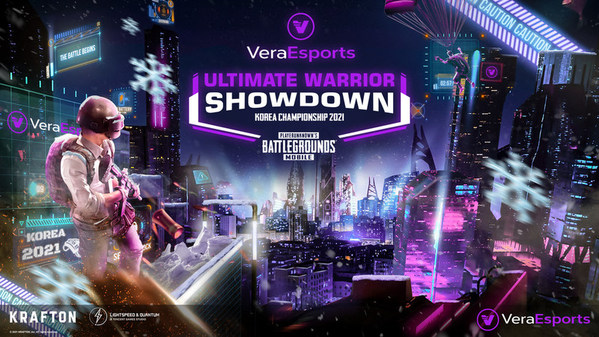 16 teams will be chosen through two competitive formats, split respectively into an open qualifier and an influencer recruitment round. Qualifiers for the Open Category will begin on 17 – 18 November, while qualifiers for the Influencer Category will begin from 27 – 28 November. The top 8 teams from each category will form our final top 16 teams, and will battle it out in the grand finals, happening on the 4 – 5 December, for a total prize pool of USD 40,000.

The UWS Korea Championship aims to give back to the local community by offering an equivalent amount on par with the USD40,000 prize pool. The additional USD40,000 offered by VeraEsports will be donated to the winning team’s choice of charity in Korea.

This tournament would also serve as a great opportunity to improve the existing user experience for viewers and participants in South Korea by delivering custom rewards such as in-game credit codes, in-game items, and physical items which can be redeemed for engagement. By leveraging a patented technology known as "Proof of View" – VeraEsports eliminates fraud from bots and non-human traffic to ensure accurate human viewership.

Maryam Mahjoub, Chief Marketing Officer of VeraEsports shares "We see an opportunity for VeraEsports to penetrate the Korean market as it is primed for the adaptation of our technology, the platform would be the perfect intermediary tool bridging audiences to a variety of esports content while allowing our users to earn rewards for their engagement and participation. The UWS Korea Championship 2021 is not just a stepping stone for VeraEsports to set their base in South Korea, but also an initiative to rally the support of locals by giving back to the community. We look forward to seeing the fierce shootout between the many talented and fierce teams in Korea".