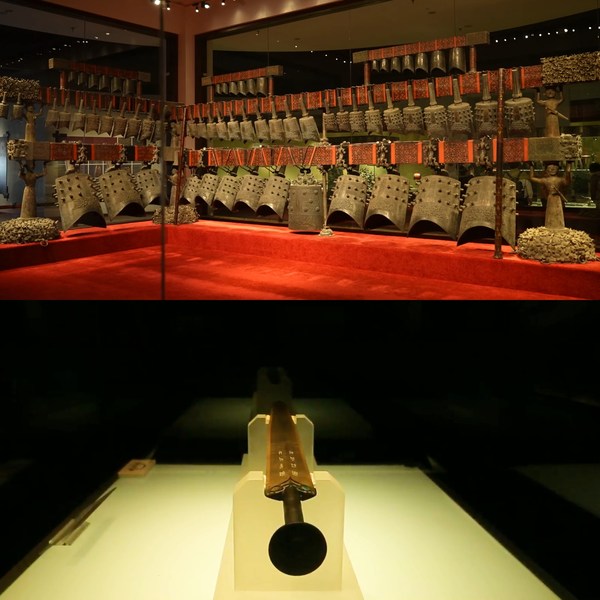 Hubei, China is an important birthplace of the Yangtze River culture and Chu culture. It is rich in bronze cultural relics and can be called the "Bronze Kingdom". It is typically represented by national treasure-level cultural relics such as the Sword of Goujian and the Chime-bells From the Tomb of  Marquis Yi of Zeng State.

The Sword of Goujian, buried deep underground for more than 2,500 years, is still extremely sharp and shiny as new. Even more than 20 layers of paper can be cut easily. The metal composition of this sword is quite complicated, including not only copper and tin, but also lead and iron. There is a lot of copper in the body of the sword, which makes it soft and not easy to break.; The blade has a high tin content, high hardness and is very sharp. It can be said that the forging of the Sword of Goujian adopts the composite metal process. According to literature records, other countries in the world only started using this composite metal technology in modern times. How ancient China mastered and proficiently used this technology more than 2,000 years ago is another mystery that can not be solved yet.

In 1978, when the Chime-bells From the Tomb of  Marquis Yi of Zeng State was unearthed, although it had been buried for more than 2,400 years, it still remained suspended underground, with a wide range and accurate tones. Meanwhile, they had two completely different musical sounds: one from the front and the other from the side. This set of chimes is the largest, the best preserved and magnificent chimes found in China so far, with a total weight of more than 5,000 kilograms. It is made of copper, tin and lead, and is decorated with figures, beasts, dragons, flowers and geometric patterns using techniques such as round carving, relief and Yin carving. It is also engraved with wrong gold inscriptions indicating the pronunciation tones of each bell. The excavation of the Chime-bells From the Tomb of  Marquis Yi of Zeng State not only shows the world the superb bronze casting skills of ancient China, but also represents the extremely high achievements of China’s pre-Qin ritual and music civilization.