MACAO, Dec. 13, 2021 /PRNewswire/ — On Dec 2, 2021, BEYOND International Technology Innovation Expo (BEYOND Expo), hosted by TechNode, kicked off at the Venetian Macao Convention and Exhibition Center in Macau.

Please find selected quotes from the opening day speeches below. The text has been edited for clarity and brevity.

Driven by China’s goal of reaching a carbon peak in 2030 and carbon neutrality in 2060, the country is about to see a massive transformation in its energy industry and great transformations in the electric car industry.

We will see significant rising demand for energy services and energy solutions. For example, industries such as centralized energy storage systems, smart grids, and charging infrastructure might see growth in the future.

Temasek is investing in low-carbon and decarbonization technologies, including energy storage, nuclear fusion, geothermal, and 3D manufacturing. We hope to use our ecosystem to help every partner and member form a (global decarbonization) ecosystem.

What trend would China’s capital market embrace in the next couple of years? We have seen opportunities in key and core technology, information technology, smart manufacturing, and others.

In information technology, we see opportunities in digital infrastructure, which includes 5G and industrial internet of things, and digitization in daily lives and production. In smart manufacturing, the keys are transformation and upgrading…we have solved the problem of not making enough products in the past couple of decades. Now, we are hoping to solve the problem of making better, more competitive products.

We have discovered that economic development also brings economic and environmental problems (such as inequality and climate change). So, we can start weighing both the economic benefits and social impacts at the beginning of every economic activity, at the start of every investment decision, we might minimize these problems.

The Chinese government has asked people to strive for common prosperity. The most important thing in the next 100 years is to keep growing the economy and make sure the gains are better distributed. 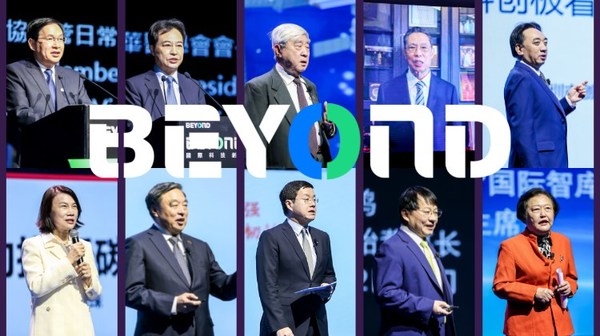 When we talk about entrepreneurship, most of us will think of Silicon Valley as entrepreneurship heaven. Silicon Valley is in San Francisco Bay Area. There are many bay areas in the world; they share some similarities but also have their own unique characteristics. I think Macao and the Hengqin area (an area neighboring Macao and Guangdong province and part of a government-led project to develop the Greater Bay Area) are vital and could borrow some of the lessons from the Bay Area in the US. However, this area still lags in terms of investment and education, but it also means huge growth potential. For example, we invested in a solar power company headquartered in Hengqin, Zhuhai. It has already generated about RMB 2 billion in revenue since we invested last November.

When I visited Macao more than a decade ago, the region was an observer of the space tech. Now, Macao’s tech sector has already taken part in China’s aerospace projects, participating in a scientific exploration satellite project that will be launched next year. I hope we can attract more young people to join China’s space projects.

Yuzhuo Zhang, party branch secretary of the China Association for Science and Technology:
Science is humankind’s commonwealth. Openness builds science, trust facilitates inclusive growth, and cooperation solves challenges. We hope for openness instead of closeness, trust instead of suspicion, cooperation instead of decoupling. Technological competition is a win-win game, not a zero-sum game.

Baige Zhao, vice-chairwoman of the Foreign Affairs Committee of the 12th National People’s Congress:
BEYOND Expo strives to be a platform to connect tech innovators with companies. This is a great idea as it focuses on building a platform instead of an institution. The winners of the 21st century are integrators, not owners. People who can integrate resources will become leaders of the century.

Flying cars, and other cool tech gracing BEYOND Expo

The three-day offline tech summit and exhibition has attracted more than 300 exhibitors promoting everything from artificial intelligence and biotech to smart cities. Giant firms such as Tencent, China Telecom, Alibaba, and Huawei joined with upcoming vertical unicorns to showcase their latest technological developments and products.

At Tencent’s booth, the company demonstrated 15 ways its technologies are applied in smart cities, industrial chains, and healthcare, mainly concentrating on commercial applications in the Greater Bay Area, which consists of nine cities in the southern Guangdong province, Hong Kong, and Macao.

One example was Tencent’s cooperation with the Macao Water Supply Company. Tencent’s productivity app, WeCom, has greatly improved the working efficiency of his company, according to Hu Jianchao, head of the water firm’s pipeline management department.

Before adopting the app, the company relied on phone calls to learn about water pipeline emergencies. Lack of real-time updates often led to miscommunications. WeCom has streamlined the emergency treatment process by digitizing case details such as the location of the emergency, onsite pictures, and the staff in charge of the case, Hu explained.

The company’s 5G-enabled robot dog drew a large crowd at the event. The dog can be useful in various scenarios such as accompanying and guiding visually-impaired people in emergency rescues, said Chen Zhanhong, a representative from the Macao subsidiary of China Telecom.

Service robots are well on track for commercial applications as traditional sectors turn to automation to increase efficiency and slash labor costs. The trend got a strong boost from the pandemic, which gave rise to the new concept of "non-contact delivery."

Now, service robots are giving directions at malls, supermarkets, museums, and hotels, as well as delivering food in restaurants, taking care of the elderly, and assisting with medical treatments.

Cars take to the air

Developed by Chinese drone maker EHang, EHang 216 is a dual-seat passenger grade autonomous aerial vehicle designed for short- to medium-range air transportation. The passenger drone can travel at a maximum speed of 130 km/h. It can fly for 21 minutes with a full-load capacity of 220 kilograms.

Xpeng Huitian, an autonomous aviation unit of electric vehicle maker Xpeng Motors, showcased its "flying car" prototype Voyager X2 at the event. With eight propellers on four axes, the passenger drone could carry two adults. It has a maximum load of 200 kilograms. The electric drone can travel 35 minutes at between 80 and100 kilometers per hour on one charge.