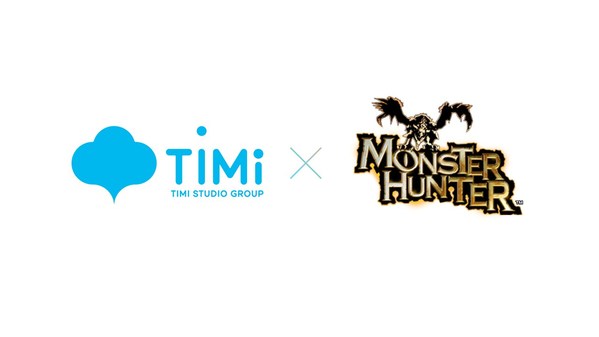 This first-time partnership between TiMi and Capcom will combine the experience and strengths of both sides, allowing Monster Hunter to scale to more platforms with an aim to give global hunters – experienced or new – the freedom to hunt as they desire, anytime and anywhere.

TiMi Studio Group, a subsidiary of Tencent Games, is a leading global video game development and operation team that strives to improve global players’ entertainment quality. Headquartered in Shenzhen, China, with offices in Los Angeles, Seattle, Montreal, Shanghai and Chengdu, TiMi creates high quality, high fidelity and highly creative games across a wide variety of genres and multiple platforms. Founded in 2008, TiMi has developed a string of hit titles including Honor of Kings, Speed Drifters and Arena of Valor. TiMi is also a trusted partner to some of the biggest gaming brands in the world, creating AAA titles such as Call of Duty: Mobile and most recently Pokémon UNITE, the first strategic Pokémon team battle game. To learn more about TiMi, follow @timistudios on Twitter and on LinkedIn.

Capcom is a leading worldwide developer, publisher and distributor of interactive entertainment for game consoles, PCs, handheld and wireless devices. Founded in 1983, the company has created hundreds of games including groundbreaking franchises Resident Evil™, Monster Hunter™, Street Fighter™, Mega Man™, Devil May Cry™ and Ace Attorney™. Capcom maintains operations in countries and regions including the U.S., U.K., Germany, France, Hong Kong, Singapore, Taiwan and Tokyo, with corporate headquarters located in Osaka, Japan. More information about Capcom and its products can be found at www.capcom.com or www.capcom-unity.com.

About the Monster Hunter series

The Monster Hunter series consists of hunting action games that pit players against giant monsters in beautiful natural environments. The series established a new genre in which players cooperate to hunt with their friends and has since grown into one of Capcom’s most popular series, with worldwide sales exceeding 88 million units shipped as of September 30, 2022.