SEOUL, South Korea, Sept. 16, 2022 /PRNewswire/ — The Pinkfong Company, the global entertainment company behind Baby Shark, announced its partnership with Grupo Globo, the largest media group in Latin America to expand its reach to audiences in Brazil. The subscribers of Giga Gloob, a streaming service for kids owned by Grupo Globo, now can enjoy a total of 65 episodes of ‘Pinkfong Baby Shark Remix’ and ‘Pinkfong Animal Songs’, including the most-viewed YouTube video in Portuguese. These two programs encompass the title songs from Baby Shark Song Compilation, which topped the Portuguese Pinkfong Baby Shark YouTube channel in viewing time. 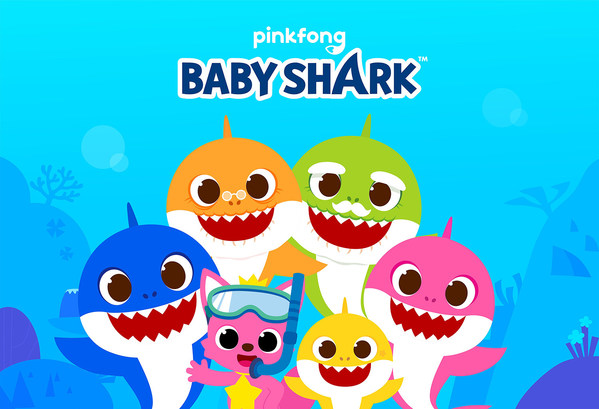 The Pinkfong Company Partners with Grupo Globo to Delight Families in Brazil with Baby Shark Content.

Latin America, including Brazil, has been one of the top regions that have brought the most followers to Pinkfong content on Youtube and still its popularity keeps growing. In early 2022, Pinkfong’s Spanish YouTube channel amassed 10 million subscribers while its content hit 4.4 billion cumulative views. In addition, Pinkfong’s Portuguese YouTube channel surpassed 2 million subscribers while its flagship content "Shark 123 and more kids songs (Tubarão 123 e mais músicas infantis)” hit over 100 million views.

Providing both linear channels and on-demand programming in a single experience, FAST (Free Ad-Supported TV) became one of the most notable streaming services in modern days. As part of its strategy to meet more fans around the world, Pinkfong Baby Shark has expanded its presence on the FAST market, bringing kids-friendly content to the powerful FAST channels across the globe, including  Samsung TV Plus MX and Pluto TV LATAM.

"We’re delighted to partner with Grupo Globo and offer the beloved Pinkfong and Baby Shark content through Giga Gloob, one of the fastest-growing channels in Brazil," said Gemma Joo, Chief Business Officer at The Pinkfong Company. "We didn’t know our content would be loved so much in Brazil and can’t wait to bring more joy to the Brazilian fans through our entertaining content."

The official of Grupo Globo mentioned "We believe in the positive energy of Pinkfong and Baby Shark. Therefore, by displaying the content of The Pinkfong Company on Giga Gloob, we expect our Brazilian children to enjoy and get a positive influence by its educational and yet entertaining content."

The popularity of Baby Shark and Pinkfong in Latin America was also proved at the "Pinkfong Wonderstar’s First Exhibition", an interactive exhibition conducted by The Pinkfong Company last year at the Korean Cultural Center in Brazil. In celebration of Children’s Month, various characters of The Pinkfong Company, including Pinkfong and Babyshark, brought warm and positive energy to Brazilian children. During the month of the event, the total number of visitors hit nearly 7,500, marking the highest number of visitors since the opening of the Korean Cultural Center in Brazil.

Continuous achievements of The Pinkfong Company keep making its global fans look forward to the future. The Pinkfong Company launched Bebefinn, a new 3D-animated sing-along series following the heartwarming adventures of the three lovable babies and their parents in April 2022. Its English YouTube channel achieved YouTube’s Gold Creator Award by amassing 1 million subscribers within three months of its launch.

The Pinkfong Company has appointed Lotus Global as licensing agent in Brazil. As part of a strategy focused on extending the reach of its presence, Lotus Global will take Pinkfong’s content beyond the screen to reach fans – kids and family – with consumer products and build brand loyalty. The consumer products plans include the exploitation of key categories such as a full line of toys, apparel and footwear, stationary and publishing items in stores by the middle of 2023.

About The Pinkfong Company

The Pinkfong Company is a global entertainment company that delivers content and entertaining experiences around the world. Driven by award-winning brands and IPs, the company has created and distributed a range of content across genres and formats including original animated series, world live tours, interactive games, and more. Believing in the power of entertaining and engaging content, The Pinkfong Company is committed to connecting people around the world and bringing joy and inspiration to worldwide audiences of all ages. For more information, please visit the website or follow the company on LinkedIn.

Lotus Global, a Brazilian-based company that operates for over 30 years in the marketing and licensing segments, working and representing leading companies in the entertainment, sports, games, arts and digital areas.

In addition to exploring licensing and helping our business partners develop and establish their IPs in the territory, the company also operates in two more segments:

– Entertainment: through the production of live children’s shows and events, on the various stages of production: from script to casting, set design and costumes, music and soundtrack, post-production, marketing and exhibition;