SEOUL, South Korea, Dec. 30, 2021 /PRNewswire/ — MINTIT, the ICT recycling company that is a subsidiary of SK networks announced on December 30 that more than one million used mobile phones were traded in 2021. 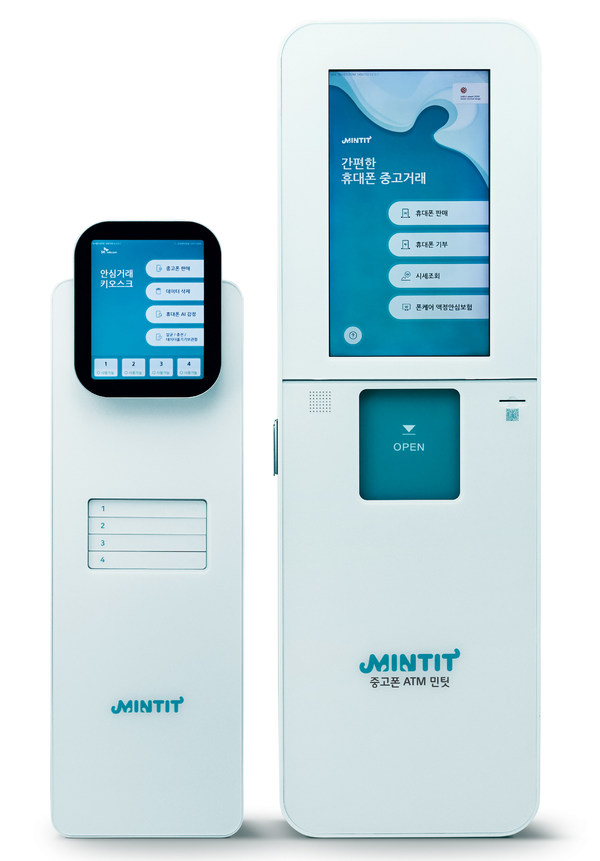 This year, MINTIT has rolled out various marketing promotions and platform enhancement activities under its goal to ‘build a technology-based convenient and safe used mobile phone trading culture.’ Thanks to these efforts, the company recently recorded one million trading volume of used mobile phones. This number has increased three times from 300,000 units of used mobile phones collected last year. Also, more than 30,000 used mobile phones were donated by customers on MINTIT ATMs.

A MINTIT executive commented, "We have made efforts to create a customer culture of using MINTIT ATMs for used mobile phone trading and call it MINTIT-ing," and added, "Since 2019 when the business started to run in full stride, we have been engaged in continuous technology development, marketing activities and network expansion. Customers started to notice these efforts and took out their old, sleeping used mobile phones at home. It seems MINTIT-ing used mobile phones when getting new ones has now become somewhat a trend for customers."

This year, in particular, campaigns were carried out in connection with newly released Galaxy S and iPhone series for customers to naturally sell or donate their old phones when purchasing new ones. These campaigns were well responded by customers. In addition, all three major telecom companies in Korea are now in alliance with MINTIT as MINTIT ATM and MINTIT Box are installed in LG U+ and KT stores, too. MINTIT has extended its customer contact points to 6,000 locations across the country as a result. Customer convenience was also improved by introducing ‘chatbot customer service’ and presenting ‘PASS mobile phone’ service. Another recent achievement was made to prove its excellent security capability as it obtained an internationally standardized software quality certification with a program (application) for deleting personal information and data from TÜV SÜD, a global quality certification agency.