TAIPEI, April 27, 2021 /PRNewswire/ — TCI Co., Ltd. (8436. TWO), the leading nutraceutical ODM company, announced on April 22nd that it is finally, after six months of review, recognized by the Science Based Targets Initiative (SBTi) as "committed" to aligning its actions to reduce greenhouse gas emissions with climate science and has become Asia’s first biotechnology whose carbon emission reduction targets are validated by the SBTi. 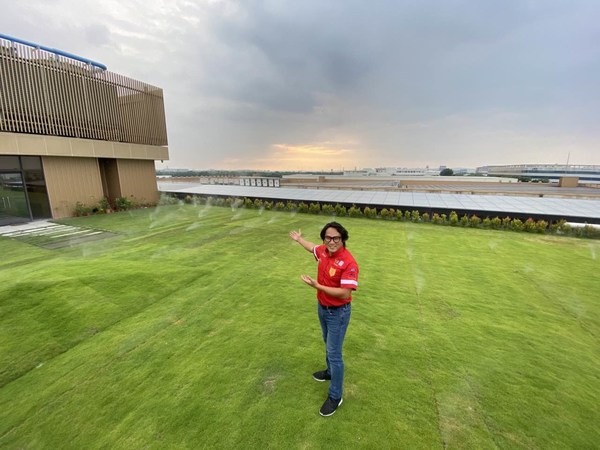 TCI has long been paying attention to climate change and spared no effort to participate in international carbon reduction actions. In addition to being the first company in Taiwan to be invited to join RE100, this climate-ambitious biotech manufacturer has also been attending major international climate summits since 2018 to advocate the importance of sustainability, including the 2018 United Nations Climate Change Conference and the 10th New York Climate Week in 2019 (Climate Week NYC). In 2020, TCI became the first company in Taiwan to actually complete the procurement of green power and successfully passed the SBTi review on April 22, Earth Day of 2021. The Taipei-based company is committed to reducing Scope 1 and Scope 2 emissions by 51% and Scope 3 emissions by 15% in line with the SBTi’s criteria while pursuing efforts to limit warming to 1.5°C to honor its commitment to 100% renewable electricity by 2030 in line with RE100.

The SBTi is a partnership between CDP, the United Nations Global Compact, World Resources Institute (WRI) and the World Wide Fund for Nature (WWF) calling for the private sector to take climate actions. As of today, global giants in various industries such as Apple, Starbucks, Coca-Cola, and Royal DSM have all joined the SBTi, and the companies currently recognized as committed to science-based targets in Taiwan are all well-known electronics and semiconductor industry leaders, such as Delta and TSMC.