BEIJING, Sept. 22, 2020 /PRNewswire/ — From 7 to 18 September, 2020, the 2020 GIS Software Technology Conference (hereinafter referred to as "GTC 2020") was successfully held. With the theme of "Geo-intelligence Connecting the Future", the conference focuses on the integration and innovation of geographic information technology and Blockchain, Big Data, Artificial Intelligence and other technologies, shares the latest developments in GIS software, and exchanges best practices in GIS applications.

The past several months have brought serious changes to world citizens. In order to meet the needs of epidemic prevention and control, the conference was designed to hold both online and offline. On 9 September, the plenary conference at the Beijing International Convention Center and went live simultaneous in 5 China core cities, which attracted over thousands participants in China. From 7 to 8 September and 10 to 11 September, 5 themed forums were held online. From 15 to 18 September, 5 GIS International Forums for different regions and countries were held online, and share the latest developments and achievements of GIS technologies and innovations of GIS applications by over 20 experts from governments, research institutes, universities, and leading companies worldwide. In total, the conference attracted participants from 123 countries online and offline. 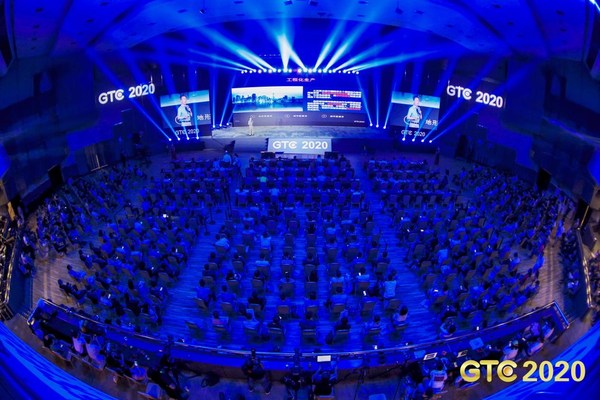 As one of the organizers of the GIS Software Technology Conference, SuperMap has always adhered to "Innovate IT Value with Geo-intelligence" and is committed to showing passions in sharing innovation and development of the geographic information industry. At GTC 2020, SuperMap highlighted its 2020 technology R&D achievements, announced the launch of new product – SuperMap GIS 10i (2020) and the strategic cooperation with Tencent Map.

In Dr. Song’s report, he believes that the history of the development of GIS software technology is the history of constantly fighting against the expansion of spatial data. From 2011 to 2015, SuperMap successively explored high-performance computing technologies such as 64-bit computing, multi-threaded computing, and GPU computing to meet the ever-increasing demand for spatial data processing. At this stage, the centralized GIS used the single-machine computing capacity to improve GIS performance has became the mainstream.

With the continuous advancement of data collection technology, the new generation of surveying, mapping and design data and spatial big data are expanding. GIS software is facing huge challenges in its storage, processing and analysis. SuperMap finds a new path in GIS high-performance computing: from centralized GIS to distributed GIS.

Distributed GIS technology is a GIS technology that uses multi-machine distributed collaboration technology and the expansion capability of computing resources to complete a large number of concurrent requests, or decompose a single complex task to complete. In fact, "distributed GIS" is not a new concept. It was proposed by scholars 20 years ago, but there has been no real commercial product.

For geo-blockchain, it is the combination of GIS and blockchain and a special distributed data storage method with the following features: safety, traceability, and credibility. In detailed explanation, geo-blockchain can be understood as: the blockchain data is repeatedly stored on different distributed nodes. If a service node is destroyed, the data will not lost; then, the data can be traced through the whole process; it can protect data from malicious modification.

SuperMap and Tencent Map has reached the strategic cooperation

In the digital information age, maps, which is closely related to the public users, contains a large amount of geographic information data, requiring GIS to assist data value mining. Guo Diansheng, Director of Big Data Lab of Tencent Map, said in his report, "Geographic information technology is the yardstick of human civilization, the cornerstone of social development, and the guarantee of the quality life. Tencent Maps will open up its map basic data, location big data, LBS service capabilities to cooperate with SuperMap Software in the fields of digital government, smart cities, online map services, etc. Thus, in the following cooperation, SuperMap and Tencent will integrate high-quality resources, carry out market and project cooperation, and deepen the application of geo-intelligence.