Athletes on Strava have recorded over 2.5 Billion Activities in the last 18 months

SAN FRANCISCO, May 24, 2022 /PRNewswire/ — Strava, the leading social platform for athletes and the largest sports community in the world, today announced that more than 100 million athletes have joined the platform. The number of Strava athletes has grown tremendously, doubling in size in just the last two years. 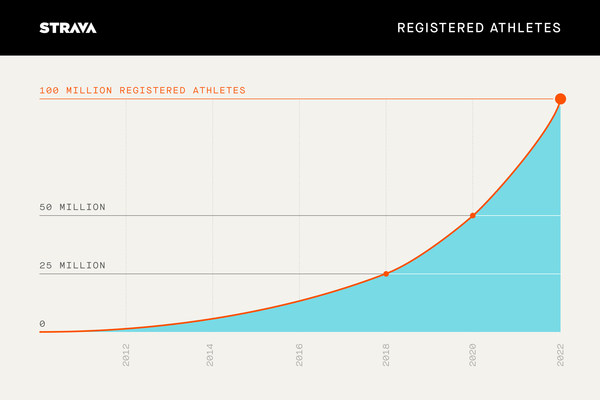 Since Strava’s founding in 2009, athletes on the platform have shared more than 7 billion activities, 2.5 billion of which were recorded in the last 18 months. The growing community on the platform has covered over 50% of the world’s edges and has documented and told the story of their athletic efforts with over 89.5 million photo uploads. Among 100 million global athletes, a strong community of professionals continues to thrive on Strava. Over 2,500 professional athletes use Strava’s powerful tools to upload every effort, from training to medal-winning performances.

"In the last two years, we’ve seen a tremendous shift in the importance of movement and sport in people’s lives," says Michael Horvath, CEO and co-founder of Strava. "Strava has become the record of over 100 million athletes’ active lives, and we’re excited to continue this journey by investing deeply in our team and in developing best-in-class tools to connect athletes to what motivates them and helps them find their personal best.”

The company also announced the acquisition of Recover Athletics, an injury prevention app for runners. The acquisition further bolsters Strava’s subscription offering by giving all subscribers access to Recover Athletics content including personalized prehab and injury prevention exercise plans. In the next year, Recover Athletics will utilize Strava’s resources to expand the scope of its platform so that any athlete – not just runners – can find the content they need to stay healthy and engaged with the Strava community.

As the global athlete community grows, the company also announced today it will offer an exclusive discount to students in high school and college. Eligible young athletes will qualify for a 50% annual subscription discount, which unlocks access to route planning, goal setting, training logs and more.

For more information on Strava or to start a free subscription trial visit www.strava.com.

About Strava
Strava is the leading platform for athletes and the largest sports community in the world, with over 100 million athletes in 195 countries. If you sweat you’re an athlete, and Strava’s mobile apps and website connect millions of active people every day. Strava gives athletes simple, fun ways to stay motivated and compete against themselves and others without having to be in the same place at the same time. All athletes belong on Strava no matter where they live, which sport they love or what device they use. Join the community and make the most of your sport with a Strava subscription. 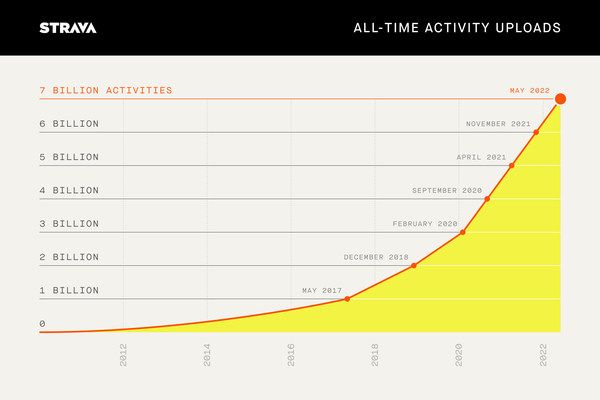