From 6-sensor motion capture technology to RedPillGo, a low-cost tiny box with a built-in camera, microphone and AI chips, the ambition of Red Pill Lab is without doubt to become a global high-tech leader.

TAIPEI, Oct. 11, 2022 /PRNewswire/ — Red Pill Lab, a Taiwan-based AI startup specializing in motion capture technology sponsored by National Development Council, applies deep learning algorithms to optimize the workflow of real-time character animation. With the aim to reduce the cost of conventional motion capture and expand AI technology to various platforms for people who enter the metaverse, they have been developing technology that can capture movements without wearing any devices. RedPillGo, Red Pill Lab’s latest product, has just been launched and already has received positive reviews from their clients. 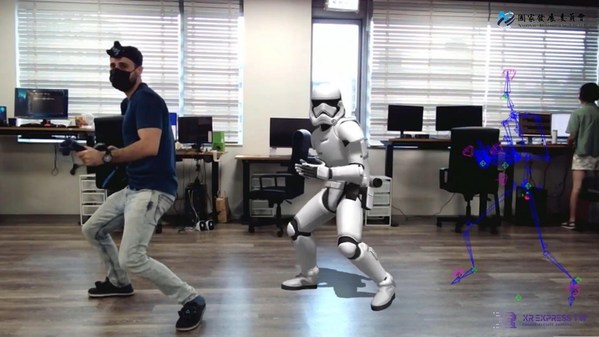 Motion capture (mocap) technology is the key to making virtual humans alive. Mocap is the process of recording the movement of objects or people. However, the majority of other current competitor solutions require special hardware, which results in costly products, says RH Shih, the CEO of Red Pill Lab.

RedPillGo, the latest product designed by RedPill Lab, is a lifesaver for creators who have to animate characters. No need for a specialized studio with cameras and sensors, RedPill Go itself captures movements of the actors and converts voice into 3D facial expressions in real time.

"Our goal is to make motion capture technology more accessible and affordable." Compared to traditional animation production, which can take up to eight hours to create a single image, RedPillGo not only saves time and reduces costs, but also increases productivity, RH Shih says.

Before RedPillGo, RedPill Lab is the first company in the world to use only 6 sensors to capture the body movements and facial expressions of a live actor, making the interaction between the virtual character and the fans more realistic and vivid. Since the outbreak of Covid-19, they found that it was no longer easy to travel to the customer’s location to install motion capture equipment. Turning a crisis into an opportunity, they began working on new products which could break down the limitations of space.

Although based in Taiwan, the target market of RedPill Lab is worldwide. They have cooperated with Unreal Engine, a 3D computer graphics game engine developed by Epic Games. In Asia, their clients come from Japan, South Korea, China, Singapore and many other countries.

"We are constantly looking at the performance of other top technology companies around the world and trying to find the gaps where we can break through."RedPill Lab’s CTO and co-founder Dobry Todorov says. Thanks to the supporting policy of the Taiwanese government, startups like RedPill Lab can continue to achieve technological innovation and remain competitive in international markets.

In fact, Red Pill Lab has recognized as a global AR/VR/MR leading company in 2019 by U.S. market research firm Digi-Capital. However, they will continue to innovate in the highly competitive AI market. RH Shih says, RED PILL GO will be released in a software version and its applications will be expanded to any intelligent devices with a built-in camera and microphone such as dash cams or home security cameras. In the future, the company aims to focus on more interactive online real-time features to bring the live experience to a new level of virtual-real integration. More information https://www.youtube.com/channel/UC-1xCA0871zvSz96zPwP5cQ