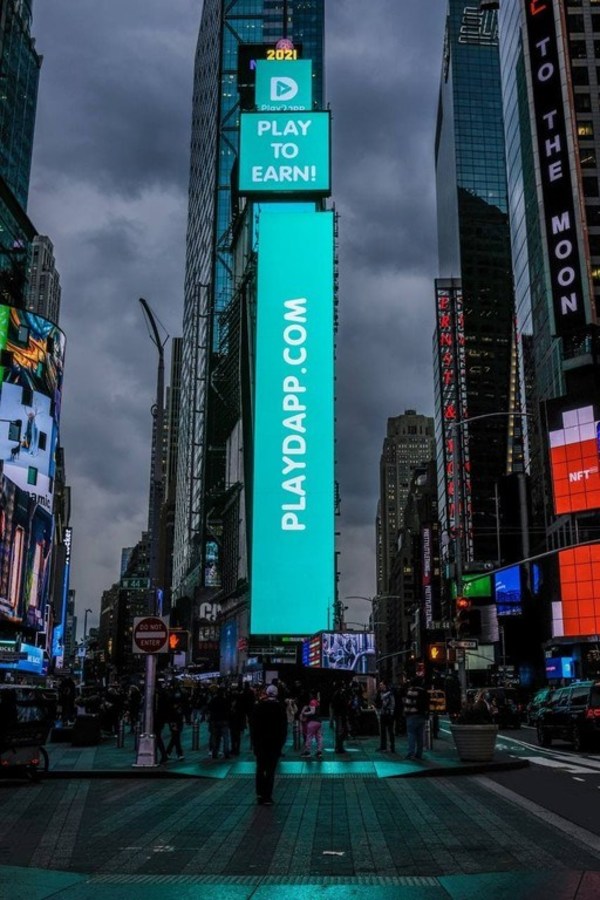 PlayDapp announced on the 3rd that the Play to Earn (P2E) advertisement campaign was executed on the electronic displays of the One Times Square building at the heart of Times Square.

PlayDapp’s Star NFT character, Mikey, appears with the slogans ‘Are you Ready? Play to Earn! PlayDapp". While simultaneously PLA tokens rain down across the 111 Meters tall advertisement. The pouring PLA conveys the ability for players to make money while playing P2E games serviced by PlayDapp.

‘One Times Square’, a 25-story building with a height of 111 meters, is also famous as a location for New Year’s ‘Countdown’ and ‘Ball Drop’ events, as well as a filming location for movies and dramas. Known as the most iconic landmark in Times Square, where more than 130 million tourists gather every year.

The PlayDapp P2E campaign boasts a total area of 1,081 m2 by filling up a total of 4 screens of the ‘One Times Square Electronic Billboard’.

Meanwhile, PlayDapp will attend the ‘NFT.NYC Conference’ held in New York, from November 1st to 4th. NFT.NYC is a festival of NFT (Non-Fungible Tokens) where famous blockchain-related projects such as Open Sea, Coinbase, Polygon, Dapp Radar, and Samsung Next participate. On the 4th (local time), PlayDapp head of Business Sang Chung will speak on the theme of NFT interoperability in Numbers’. 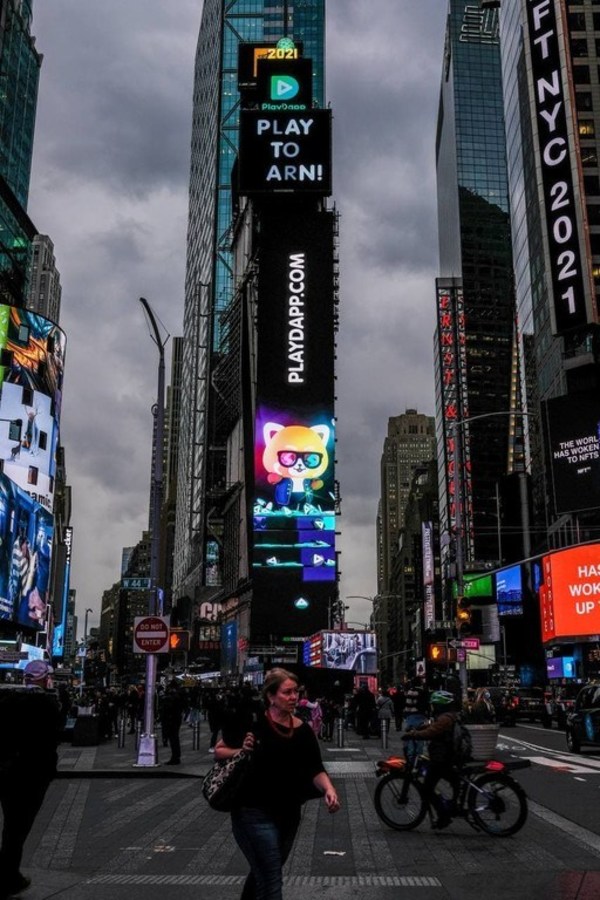