An online survey which began in February by China Daily and its global media outlets found that China’s anti-pandemic experience and economic development were the top topics global netizens are most interested in. 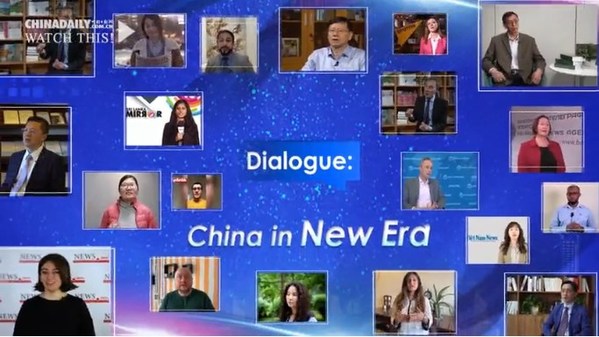 The survey serves as a barometer of how people worldwide view China. It asked them to choose the China-related topics they are most interested in.

In the survey, 21.6 percent of the respondents said China’s battle against COVID-19 was the topic they were most interested in, followed by China’s economic development (20.7 percent), poverty alleviation (18.4 percent), foreign policy and foreign affairs (16.8 percent).

As this year marks the 100th anniversary of the founding of the Communist Party of China, how the CPC works was also another topic of interest. According to the survey, many readers want to know more about the Party’s vision and management.

Other topics on the questionnaire included science, culture and education, and infrastructure construction.

Apart from the online questionnaire, global media organizations also submitted written statements, which indicated the media industry has areas of interest in common.

Kamila Sagyntkan from Business Kazakhstan and the DKNews Agency said China’s success in combating the COVID-19 pandemic has offered practical ways to respond to the health emergency.

Ibrahim Kamal Malas, editor for Abu Dhab’s Al-Ain News, described China as the engine of the world’s industry. "With its embrace of emerging new technology, from hydrogen fuel cars to bio-technology and medical engineering, China gained the confidence of the world after it was able to control the COVID-19 in a record time."

Aliza Anees from Pakistan’s Dawn.com said he was impressed by the significant progress China has made in poverty reduction over the past 40 years and expressed his hope that his country can learn from China’s experience.

A collaborative video project invited foreign reporters to ask questions. China Daily reporters in Beijing asked top experts to give their answers in a video series, which are available for viewing on the China Daily website and app.