TAIPEI, Nov. 8, 2022 /PRNewswire/ — This article is based on an interview undertaken by FusionMedium’s  technology online media, TechOrange, and published with permission: 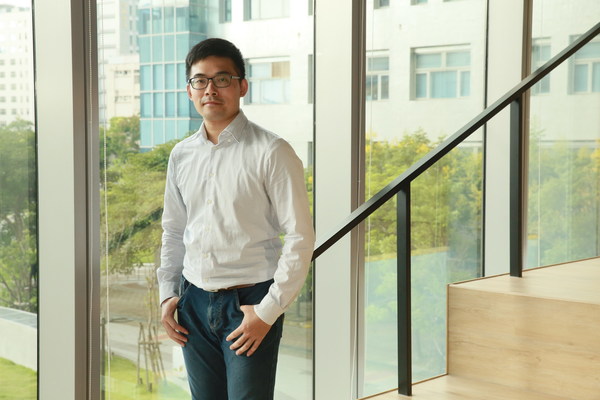 Ian Tzeng, head of Product Strategy and Marketing at oToBrite, emphasized that the market should be viewed from three perspectives: passenger cars, trucks, and special-purpose vehicles.

In recent years, the application of Vision AI has been witnessing rapid growth. In tandem with the automotive sector, the new technology has experienced a notable increase in demand for integration into commercial vehicle fleets, autonomous mobile robots (AMRs), and low-speed special-purpose vehicles in response to the trend towards smart factories, smart logistics, and smart cities.

oToBrite Electronics, a fast-growing advanced driver assistance system (ADAS) and autonomous driving solutions provider in Taiwan, has been working in this field since its inception in 2013, devoting itself to product and technology development, as well as quality and performance enhancement. The company also participated in the AI on Chip Industrial Cooperation Strategic Alliance initiated by the Smart Electronics Industry Promotion Office (SIPO) of the Industrial Development Bureau, Ministry of Economic Affairs, in a move to facilitate cross-domain exchanges with manufacturers, connect with global resources, and enhance its international visibility and competitiveness. The company established a complete supply chain ecosystem in less than a decade through continuous technology iteration and broad cooperation with upstream and downstream strategic partners.

With flexibility as an advantage, why did oToBrite split its product lines?
In response to the changing and diverse needs for Vision AI and automotive applications, oToBrite decided to differentiate itself with a unique merchandising strategy. Ian Tzeng, head of Product Strategy and Marketing at oToBrite explained: the firm updated its previous modularized framework for sales in 2019, dividing the product line into three separate businesses: Camera Module, ECU Edge Computing Module, and Vision-AI IP.

"As many Taiwanese partners have strong capabilities in hardware design, manufacturing, mass production, and cost control, such a separation allows collaborators with different objectives to take what they need from us more flexibly. At the same time, as the vehicle camera module is increasingly used for special purposes, it requires various software applications. As a result, our products can tap into a wider array of sectors and create more possibilities."

All players across the industrial ecosystem have done their part in building a robust supply chain as the strong foundation for the development of Taiwan-based manufacturers over decades. As one of them, oToBrite integrated it’s software capability with other hardware manufacturers in response to this trend.

"About a year or two ago, everyone was quite optimistic about autonomous driving, but now that we look back, we have to admit that it is not going to happen so soon." When it comes to the evolution of the automotive sector, Tzeng emphasized that the market must be viewed from three perspectives: passenger cars, trucks, and special-purpose vehicles.

Analysis of the three major applications for Vision AI: passenger cars, trucks, and special-purpose vehicles
oToBrite formulated a different strategy for each of the three markets. As for passenger vehicles, Tzeng noted that most automakers are very sensitive to price. He explained that such vehicles are expected to stay within the L0-L3 segment in terms of autonomous driving for the foreseeable future due to regulations and the expectation that drivers still must assume responsibility for their driving behavior. This trend, which, when coupled with the high demand for ADAS in passenger vehicles, pushed oToBrite to remain more focused on the development of applications for the assisted driving feature.

More opportunities appear to be in the offing for the commercial vehicle market, as Vision AI is better positioned to benefit from the same regulations that could hobble growth in the passenger segment. Tzeng pointed out that in accordance with UN regulations, a growing number of countries in recent years have started requiring that commercial vehicles be equipped with ADAS and autonomous driving functions to protect other more vulnerable road users, in particular, pedestrians. Vision AI is expected to continue to play important, if not more important, role in L2 and above automated driving systems in the short term.

This is, for the most part, due to the design of road networks and all road signage, including road construction warnings and lane indicators, having been formulated for human recognition. The importance of Vision AI will continue to increase until such time that information about the traffic system as a whole and actual road conditions can reach a point where they can be communicated seamlessly to moving vehicles.

Furthermore, in enclosed areas such as farms, factories, logistics parks, mines, golf courses, and ports, where labor shortages tend to be more pronounced, automation and intelligence are emerging as the driving issue. Tzeng said that special-purpose vehicles are characterized by less overall usage, fast deployment, and high added value, which, combined with the fact that buyers are not very price sensitive when acquiring such products, provides a vast and untapped market for oToBrite.

Plus.ai and many top automakers chose oToBrite. How did you differentiate yourself from the competition?
Since 2013, oToBrite has gained much experience and knowledge in dealing with the passenger, commercial, and special-purpose vehicle segments. The most impressive thing is that the firm designed an automated parking system for an Asian EV carmaker in 2018 with its leading vision of AI technology.

In this regard, Tzeng mentioned that oToBrite made unprecedented progress by using only 0.2 Tops (tensor processing units) to complete the task which was originally expected to require the computing power of hundreds or even thousands of Tops chips. "In 2018, we helped an EV producer based in Asia develop the world’s first model with an auto parking system based on our around-view technology. In developing the auto parking solution, carmakers were enabling the detection using an infrared system, and hardly anyone was doing it with Vision AI. For this reason, the following year, in 2019, the EV maker won the global autonomous driving competition."

However, faced with a fast-changing market environment and an increasingly diverse range of applications, oToBrite has shifted more of its strategic efforts from passenger cars to commercial and special-purpose vehicles. The NVIDIA ecosystem played a key role in the reason why oToBrite decided to split its product line and work with various partners in different fields.

This was a key factor as to why oToBrite has been able to link up with manufacturers such as Santa-Clara, California-based self-driving truck brand Plus.ai, autonomous car start-up Voyage (now Cruise) , and other Asian EV makers in recent years.

Where is the future of Vision AI? oToBrite: it could be found in smart retail and smart cities
Looking ahead, Tzeng concluded with a big question: where does oToBrite think the application of Vision AI is headed?

He added that many manufacturers, including oToBrite, have long been committed to vehicle-related applications. However, in the process of working with Sony and other leading Taiwanese chip makers, they have realized that although automotive is a very important application scenario for Vision AI, it is certainly not the only one.

"Efforts have been made in more fields for going intelligent, and we are also very interested in the future development of vehicle camera modules in the fishery, agriculture, and transportation sectors. The partnership with Sony has resulted in the mass production of 5-8 megapixel cameras, which are 1 to 2 megapixels ahead of the industry. In the near future, oToBrite will start to explore the possible opportunities of Vision AI in smart retail and smart cities."