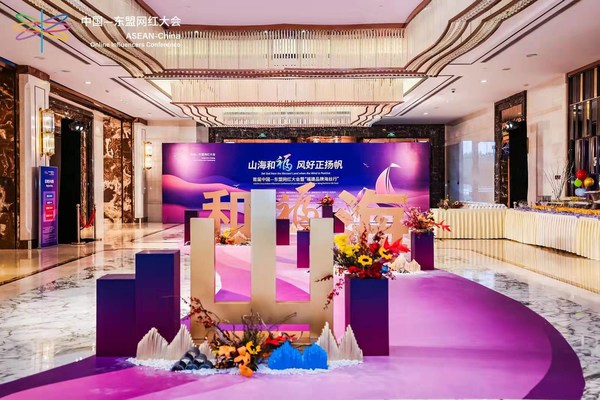 “Set Sail from Blessed Land when the Wind is Positive”: the First ASEAN-China Online Influencers Conference

Themed "Set Sail from Blessed Land when the Wind is Positive," the event also followed the implementation of the Regional Comprehensive Economic Partnership (RCEP), the world’s largest free trade deal that will bring new development opportunities to China-ASEAN ties.

During the three-day event, ASEAN diplomats to China and representatives from media organizations, as well as Chinese and ASEAN online influencers learned about Fuzhou’s experience in developing digital industry and experienced the culture of Fujian province through field visits and online activities. They also shared what they saw and felt in the city on social media platforms.

The event focused on economic and trade cooperation and cultural exchanges between China and ASEAN, and held three dialogues on digital economy, influencer economy and cross-border e-commerce.

It also acted as a matchmaker between Chinese and ASEAN enterprises. Fujian Asia-Pacific Economic and Trade Cooperation Promotion Association, China’s first provincial-level business association responding to the RCEP agreement, set the stage for a series of agreements between Chinese and ASEAN industries, including a $5.6 billion intended deal inked by Fujian’s Eversun Holdings Group to invest in an ASEAN refinery.

The conference, joined by online influencers, expanded new space for telling stories about China-ASEAN cooperation under the RCEP framework. It mirrored the broad cooperation between China and ASEAN countries on people-to-people exchanges and witnessed the deepening regional economic integration between the two sides.

The event will be made regular in the years to come, so as to guide and promote the practical cooperation between China and ASEAN countries, as well as the people-to-people bond among them.

As China’s first large forum joined by senior government officials, scholars and online influencers, the event was co-sponsored by the ASEAN-China Centre, Global Times Online, Department of Commerce of Fujian Province, Foreign Affairs Office of the People’s Government of Fujian Province, and Fuzhou Municipal People’s Government. It was supported by China Public Diplomacy Association and Mission of the People’s Republic of China to ASEAN, and co-organized by Fujian Asia-Pacific Economic and Trade Cooperation Promotion Association.