PARIS, March 30, 2022 /PRNewswire/ — The Science of Light is available for purchase worldwide in digital formats starting on Thursday, March 24, 2022, at https://www.odilejacob.com/catalogue/sciences/physique-chimie/science-of-light_9782415000035.php
and on all retail platforms. 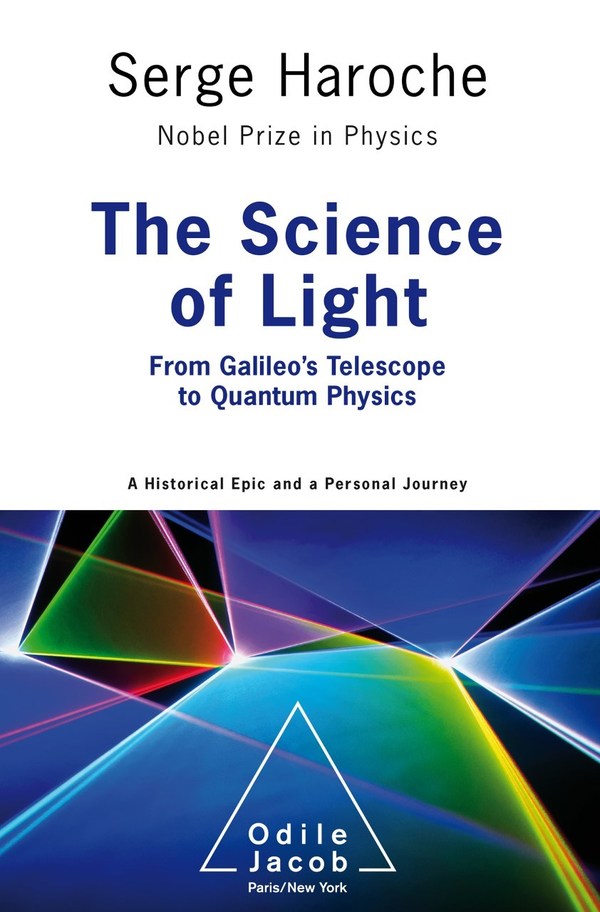 The Science of Light – From Galileo’s Telescope to Quantum Physics, by Serge Haroche, a book of Odile Jacob publishing

Light has fascinated mankind since the dawn of time. Elucidating its properties over the centuries has been an adventure intimately linked with the birth and development of modern science; it has led, after many surprising twists, to the theories of relativity and quantum physics which have profoundly changed our view of the world at the microscopic and cosmic scales alike. Placing his own career in a rich lineage of scientific discovery, Nobel Prize–winning physicist Serge Haroche offers a literally enlightening account of what we know about light today, how we learned it, and how that knowledge has led to countless inventions that have revolutionized daily life.

From Galileo and Newton to Einstein and Feynman, from early measurements of the speed of light to cutting-edge work on quantum entanglement, Haroche takes a detailed and personal look at light’s role in how we see and understand the universe. The Science of Light is at once a colorful history of scientific inquiry and a passionate defense of "blue sky research"—investigations conducted not in pursuit of a particular goal, but out of curiosity and faith that today’s abstract discoveries may well power tomorrow’s most incredible possibilities.

A uniquely captivating book about the thrill of discovery.

Serge Haroche is professor emeritus at the Collège de France, a member of the Académie des Sciences, a foreign member of the U.S. National Academy of Sciences, and winner of the 2012 Nobel Prize in Physics for discovering methods of manipulating and measuring individual quantum systems. He has taught at Paris VI University, the École Polytechnique, the École Normale Supérieure, Harvard University, and Yale University.