HONG KONG, Nov. 4, 2021 /PRNewswire/ — As a global social networking company, Newborn Town Inc. (9911.HK) faces the unique and challenging responsibility of giving back in the dozens of markets worldwide where its products are popular or growing among mobile users.

Southeast Asia is just one region where the firm envisions long-term growth, and this year it has aided several Bangkok-based health organizations. In September, MICO—one of the company’s flagship social apps focusing on streaming—donated dozens of boxes of anti-epidemic supplies to local charity organizations in Thailand. With the dire local COVID situation, the app’s team met with Zendai Foundation, a local charity that provides free transportation and health services to COVID-19 patients, to hand over the much-needed supplies. In October, MICO also provided two local charity organizations in Bangkok, Goodness Foundation and We Must Survive, with clean water, medical protective clothing and footwear. Previously, in 2019, MICO organized visits by online celebrities to orphanages in Indonesia and Thailand. It also provided materials, including wheelchairs, sweatshirts, and sports equipment.

Its work in Southeast Asia is just one example of Newborn Town’s global charitable initiatives.

"We can’t call ourselves a global company without giving back to communities around the world," said Li Ping, CEO of Newborn Town.

"As we continue to expand rapidly, our responsibility to people in the countries and regions where we operate grows as well."

With more and more kids using mobile phones regularly, bullying has also become a major problem. In August, Newborn Town leverages MICO’s base of users to hold a live broadcast event, "Say No To Cyber Bullying," in the United States. The app also selected 6 hosts who have close focus on the problem to form a MICO Justice League, and to broadcast several more times that week about anti-violence on the internet. The campaign generated thousands of views and led to discussions about how to prevent bullying on the platforms.

Newborn Town attributes much of its international growth to strong localization efforts. In the spirit of Eid al-Adha, the company launched a series of charitable activities this July in the Middle East to help local women and children. MICO contacted volunteers in Egypt and learned about the shortage of supplies in local orphanages and refugee schools affected by the pandemic. An online live event was organized to donate the first batch of donations for the local orphanage and send clothes and toys to children aged 0 to 3 who have not been adopted.

The event was not the first major Middle East charitable event of the company. In 2018, Newborn Town gave out thousands of pounds of fresh beef and mutton in poverty-stricken areas of Cairo. 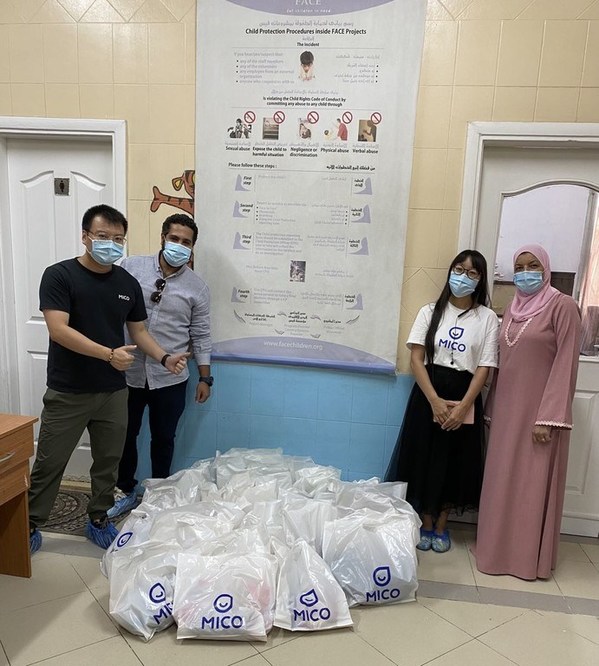 The company has also always provided assistance back home in China, and 2021 was a difficult year in Henan province, which saw severe flooding. The company quickly organized the donation of 2 tons of lifesaving equipment from Beijing and Shandong to be delivered to cities including Zhengzhou, protecting the lives of the people affected by the disaster.

With a core vision to make the world a better place by connecting people from all around the globe, Newborn Town continues to shoulder its responsibility to people and communities around the world that are in need.