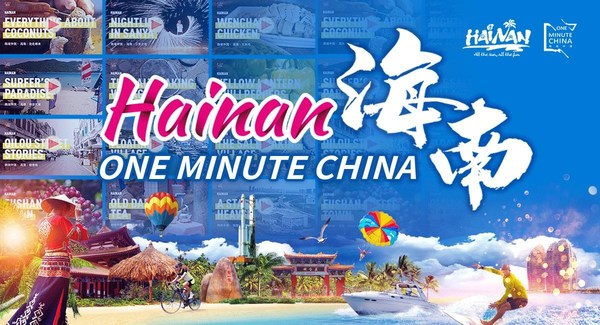 With subtly and tactfully orchestrated frames and footages, the mini documentary takes Chinese and foreign audiences to an armchair tour of Hainan. In just one minute, audiences discover the secret recipe of delicious Wenchang chicken, stimulate their taste buds with the local yellow chili, and sip the refreshing Qingbuliang, a sweet desert soup, and the local commonly seen "papa tea".

The documentary presents upending changes of a thousands-year-old lava village brought about by technology, and the turning of an ancient salt field into a popular tourist destination. Viewers are also offered an immersive experience of the bustling nightlife in Haikou, the contagious dynamic of the girls’ music festival, the perseverance of a craftsman dedicated to the intangible cultural heritage of coconut carving, and the popularity of surfing in Hainan.

The pithy mini documentary was crafted by an international production team. With English narration and Chinese and English subtitles, the mini documentary presents a panorama of Hainan revolving around the construction of the Hainan free trade port from multiple perspectives including nature, culture, history and folk customs.

The mini documentary showcases a colorful and multi-faced Hainan, and has gained widespread popularity on social media platforms. In less than a month, its viewership on overseas platforms has exceeded 100,000.