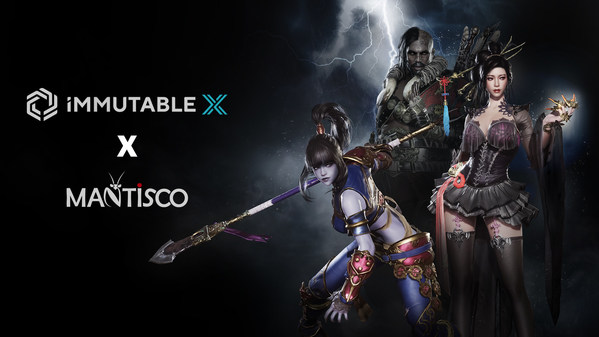 With Web3 gaming rapidly on the rise, Mantisco has been developing the Web3 version of Hunter’s Arena in-house. Mantisco aims to provide a game ecosystem that not only allows users to enjoy in-game experiences powered by true ownership of digital assets including game characters, skins, weapons, and other items, but helps users to experience the fun by revamping the combat systems, improving user experience while maintaining the fast-paced and immersive in-game play. Mantisco has focused on "delivering games that sets sustainable standard of blockchain gaming and brings players of all backgrounds together, allowing users an active involvement with high reward."

Mantisco envisions "to give their community excitement and fun factors through stylish action-packed combat, engaging in-game scenarios and various opportunities for users to progress their skills, competing against each other while enjoying true ownership of in-game assets."

David Yoon, CEO of Mantisco said, "Aligned with Immutable’s expertise of accelerating the mass adoption of web3 games, we are now spurring the development of brand new games, including ‘Hunters Arena: Rebirth" and other AAA-rated games built with Unreal 5. We focus on players’ motivation, enjoyment, and secured transaction games. Our partnership with Immutable X will be pivotal for us to bring our gaming vision into reality."

Immutable is advancing the next generation of web3 games through ImmutableX, an industry-leading NFT minting and trading platform and the world’s first Layer 2 rapid scaling solution on Ethereum. Today ImmutableX, leveraging ZK roll-up technology from Starkware, has grown to become the leading platform to mint, trade and scale web3 games and NFT projects on Ethereum, offering builders and innovators a carbon-free, no gas fee solution with unlimited speed, scalability, security, and liquidity.

"Hunter’s Arena: Rebirth" is scheduled for release in 2023.