In response to global strategy and future development

TAIPEI, Oct. 28. 2020 /PRNewswire/ — M17 Group, the operator of the largest live streaming platform in Japan and Taiwan, announced today that its parent company – M17 Entertainment Limited – has change its company name to 17LIVE Inc., in line with its brand and trade name as part of its global strategy and future development plan. The Group’s decision to use "17LIVE" for the name of both its parent company and its primary brand was intended to make consistent its corporate name in the capital markets and its trade name in the livestreaming market, as well as to demonstrate its further commitment in enhancing the livestreaming platform, to "Empower Artists Entertain the World". 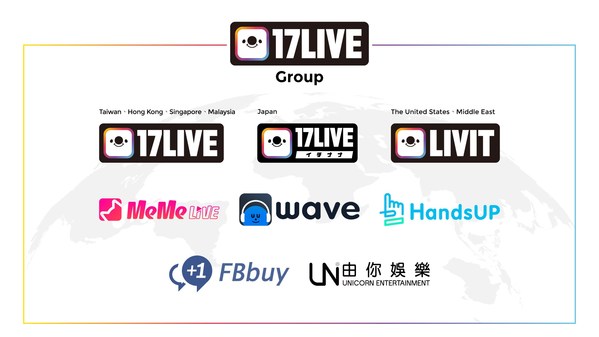 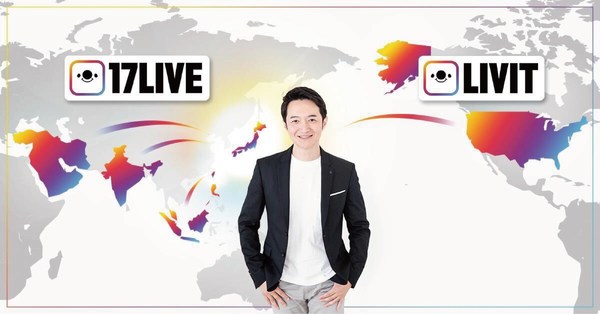 Hirofumi Ono, former CEO of 17LIVE Japan, was appointed as 17LIVE’s Group CEO in July 2020. All regions in which 17LIVE operates and all 17LIVE’s business units at present are headed by professionals with high credentials

Hirofumi Ono, former CEO of 17LIVE Japan, was appointed as 17LIVE’s Group CEO in July 2020. All regions in which 17LIVE operates and all 17LIVE’s business units at present are headed by professionals with high credentials. Over the years 17LIVE has transformed from a start-up to a world-class enterprise. Business continues to grow rapidly in all markets particularly in Japan. Founded in 2017, 17LIVE Japan Inc. has attracted over 10 million downloads in three years’ time and remains No.1 in the livestreaming market in Japan. In Taiwan, Ichi Nana Inc. Taiwan Branch has seen significant increase in the number of female users in 2020, which is also embodied in the 63% increase in the online time spent by female users.

17LIVE Group CEO Hirofumi Ono said, "From text, pictures to streaming on mobile devices, the development of social media network on livestream platform has not yet reached the top. I see great potential in livestreaming platform, especially in the wake of 5G era where the virtual communications will come closer to real-world contacts. The continuing advancement in technology – both hardware and software – will make interpersonal contacts closer and more real, and development in livestreaming platform is irresistible trend. We will lay more emphases on user experience, as well as our technical enhancement with AI and machine learning, with a view to pioneering the livestreaming industry."

Hirofumi Ono further said: "17LIVE is no longer a media company. We are the platform for diversified talents & new entertainment with record-breaking performance in 2020. We hope that more and more artists & talents from all over the world will join us." 17LIVE aims at building a platform where anybody can share his or her innovation, passion and interest and show various talents, which distinguishes itself from the other platforms featuring pre-recorded video contents. The diversified contents on 17LIVE– fun games among streamers, one-to-one live chat with user interactions, live streaming from multiple locations and scenes, etc. – are key drivers to maximize live streaming platform into a global entertainment community. Moreover, leveraging on well-established streaming technology and networking functions in various fun games, 17LIVE provides users with real-time interaction with people anywhere, anytime.

Along with the change of company name and brand name, 17LIVE will also launch new product identity with new logo and corporate visions. Having completed its regional development after its 5th anniversary, 17LIVE is moving onto the next development phase with the new brand DNA – life, art and entertainment – and the integration of unified corporate identity (CI) system. Considering the culture and the emerging status of live streaming business in different regions in the course of global expansion, 17LIVE will continue to use LIVIT as the brand name in English speaking regions including United States, Middle East and North America. The new trade logo, in contrast, will remain universal.

Under the new corporate vision "Empower Artists Entertain the World", 17LIVE, as the primary operating entity of group, transformed itself from a media into a fully integrated audio-visual streaming platform, and committed itself to global expansion. The new trade name – 17LIVE – retains "17", and "LIVE" signifies the combination of innovative live and streaming technology. In addition, the new logo inherited the graphical representation of camera and face, with the touch-up of yellow for courage, red for excitement, purple for curiosity, and blue for attraction, to form a flamboyant frame symbolizing the notion "Life is entertainment and vice versa".

17LIVE operates the largest live streaming platform in Developed Asia. The mission of the Company is to empower artists and entertain the world through its platforms. The Company’s live interactive platforms include its flagship live entertainment streaming app 17LIVE (LIVIT in English markets), as well as Meme Live and live streaming shopping platforms HandsUP and FBBuy. For more information about 17LIVE Group, please visit http://17.LIVE/about