According to the 2015 Paris Agreement, all countries need response to the threat of climate change, keep the global average temperature within 2 degrees Celsius from the pre-industrial level, and work hard to control the temperature rise within 1.5 degrees Celsius.

To explore the role of Guizhou in Green and Low-carbon Development, a journalist from Huanqiu.com went to Guizhou for an interview.

As one of the first batch of ecological civilization experimental areas in the country, Guizhou is actively building a clean, low-carbon, safe and efficient energy system. Clean energy accounts for 52.9%, which is 8.1 percentage points higher than the national average. 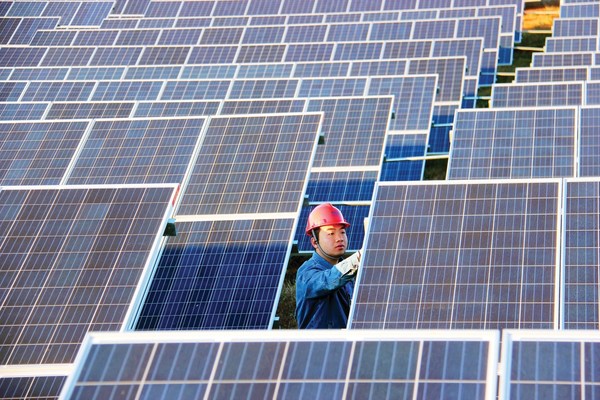 The journalist of Huanqiu.com interviewed Zhiliang Wu, a poor household in Datang Village, Guizhou Province. He joined the single-plant carbon sink precision poverty alleviation project. Recently, carbon sinks have been sold, and funds have been put into special bank accounts.

"In the past, I only hoped that the tree would grow up quickly so that it could be used to repair the house. I didn’t expect that taking good care of the tree could make money now," Zhiliang Wu said.

In the face of global climate and environmental issues, Guizhou Province’s achievements in ecological construction and low-carbon development have become a model and backbone for China.