Code: To Jin Yong, which harnesses the power of Unreal Engine 5 (UE5), is an open world role-playing game (RPG) adapted from the martial arts (‘wuxia’) novels written by legendary author Jin Yong (??) and published by Ming Ho Publications. Set for global release, Code: To Jin Yong will closely recreate the Jin Yong universe for the first time, bringing to players a vast, rich and diverse martial arts world close to the heart of many wuxia lovers everywhere. 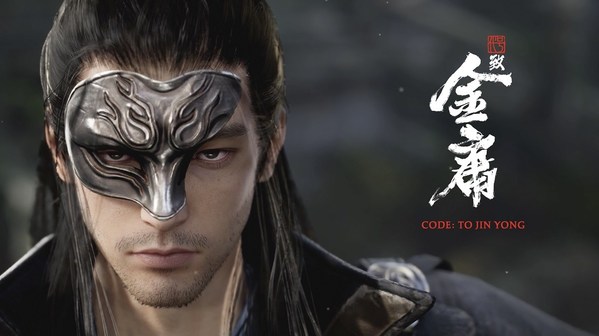 Players will be able to explore and immerse themselves in the iconic martial arts world penned by Jin Yong. With full access to the author’s stories and characters such as Yang Guo (??), Guo Jing (??) and Linghu Chong (???), Code: To Jin Yong seeks to bring to life the wuxia dreams for generations of people who grew up on the novels and countless television adaptations.

The game will breathe new life into classic stories with next-generation technology and quintessential Jin Yong soundtracks, providing players with a first-ever 360-degree gameplay experience. LIGHTSPEED STUDIOS will harness the world’s most advanced real-time 3D creation tool for photoreal visuals and immersive experiences. That will ensure Code: To Jin Yong‘s hyper-realistic renditions of well-loved characters who remain true to the original novels and honor wuxia elements, while also adapted for modern-day aesthetics. The game will also feature a compelling storyline based on the fan-favorite wuxia series, woven together with suspense, mystery and exploration.

Visual effect enthusiasts will appreciate Code: To Jin Yong‘s riveting motion design, which taps UE5 technologies like engine design, Motion Matching, Control Rig and Chaos to build a game world true to the imagination of any wuxia lover. With the help of martial arts experts in the game’s initial development phase, players can expect a detailed digital visualization of their favorite martial arts moves that aligns closely with their descriptions in the original novels, from iconic poses to how each move flows into each other. Code: To Jin Yong will ensure a seamless integration of motion design into the game, so it won’t only look stunning, but it will also create an interactive experience so players will almost feel their moves.

The upcoming global release of Code: To Jin Yong comes as LIGHTSPEED STUDIOS recently announced the LIGHTSPEED Universe, its vision to create an ecosystem that connects players and developers around the world based on great stories, great gameplay and next-generation technology. To power its next decade of global growth and development, LIGHTSPEED Universe is taking strategic steps to create high-quality, ambitious open worlds based on original IP. With Code: To Jin Yong as a bold first step into IP games development and in partnership with the industry’s cutting-edge game engine UE5, LIGHTSPEED STUDIOS is committed to bringing more excitement and immersion to gamers around the world.

Please check out the demo of Code: To Jin Yong here.

LIGHTSPEED STUDIOS is one of the world’s most innovative and successful game developers, with teams across China, United States, Singapore, Canada, United Kingdom, France, Japan, South Korea, New Zealand, and United Arab Emirates. LIGHTSPEED’s Singapore office serves as an R&D innovation and integration center, helping to coordinate its R&D pipeline and global operations as well as serving as a base to explore cutting-edge technologies such as AR, VR, and cloud gaming.

Founded in 2008, LIGHTSPEED STUDIOS has created over 50 games across multiple platforms and genres for over 4 billion registered users. It is the co-developer of worldwide hits PUBG MOBILE (co-developed with Krafton, Inc.) and Apex Legends Mobile (co-developed with Electronic Arts).

LIGHTSPEED STUDIOS is made up of passionate players who advance the art & science of game development through great stories, great gameplay, and advanced technology. We are focused on bringing next generation experiences to gamers who want to enjoy them anywhere, anytime, across multiple genres and devices.