LG WING makes its Hollywood debut by making a cameo in the Michael Bay-produced sci-fi thriller movie Songbird, set in 2024 Los Angeles where residents are facing a fourth year of lockdown and strict government control due to the ongoing outbreak of a future coronavirus. Not only is LG WING’s advertising campaign prominently featured in two scenes with KJ Apa, Apa’s character is shown navigating on the Main Screen of LG WING and on a video call in the Second Screen while racing to save his girlfriend in an action-packed scene, while Paul Walter Hauser’s character takes advantage of the two-screen format by watching the news and reading related articles simultaneously, and then later video chatting with his love interest. The film’s creators firmly believed that LG WING’s multitasking capabilities gave it a futuristic quality, making it the perfect technology tool for a movie set four years in the future. 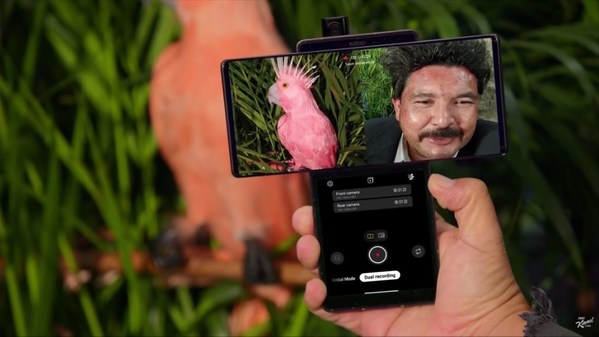 To introduce the device to a wider TV and YouTube audience, LG WING is featured in a comedic sketch on the late-night talk show Jimmy Kimmel Live! where Jimmy’s sidekick, Guillermo, finds himself alone on a deserted island with only LG WING for company. During the 80-second segment, Guillermo is shown using the phone’s Dual Recording feature and Gimbal Motion Camera to capture memories of life on the island while using the dual screens to quickly get up to speed on island romance. 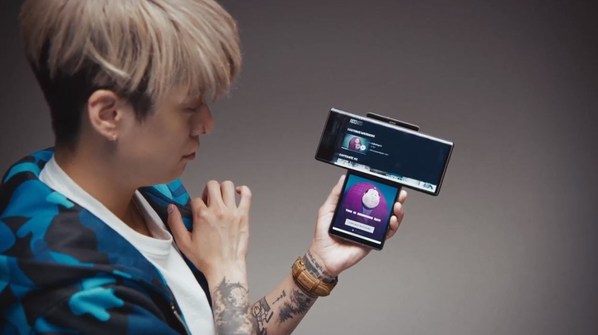 Also, LG expanded its partnership with Ficto, a first-of-its-kind streaming service that teamed up with LG Mobile as an Explorer Platform Partner, with I’ll Ask The Stupid Questions, an original program on Ficto hosted by K-pop idol Amber Liu. Liu interacts with her fans using LG WING via the Ficto app, which is optimized for the handset, allowing users to participate in chats and check live results of audience polls. 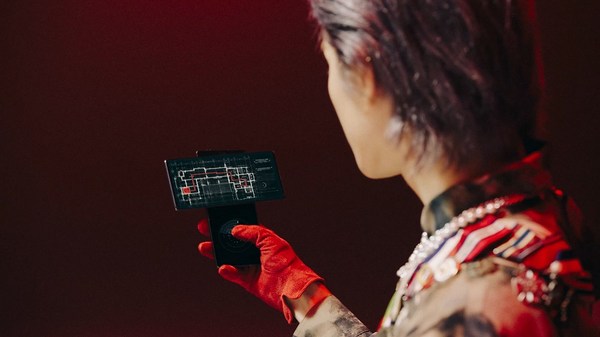 And, to target younger audiences of ever-growing K-pop followers, LG WING even appears in a music video for One (Monster & Infinity) by K-pop supergroup SuperM. Despite being on screen for only a short time, LG WING plays a crucial yet mysterious role in the video’s narrative. In the beginning, a SuperM member swivels the handset’s main display to provide a brief glimpse of a map and, at the end, another member swivels the device to reveal a cryptic symbol, which was later revealed to be a teaser for Aespa, a Korean girl group that has debuted since the video was released.