NEW YORK, Nov. 4, 2021 /PRNewswire/ — Kyndryl today announced that it has completed its previously announced spin-off from IBM (NYSE: IBM) and began trading as an independent company on the New York Stock Exchange under the ticker "KD". Kyndryl celebrated becoming an independent, publicly-traded company by ringing the Opening Bell at the Exchange. 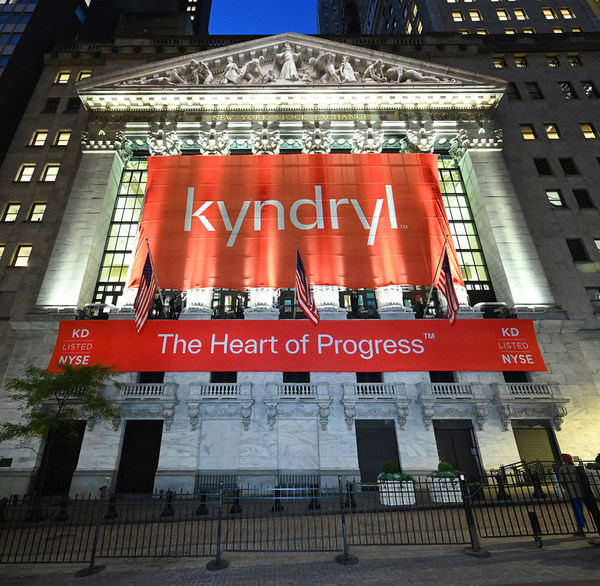 "We are thrilled that Kyndryl is today an independent company — with 90,000 of the best and brightest professionals, a strong balance sheet and a path to growth," said Martin Schroeter, Kyndryl’s chairman and chief executive officer. "There is a large and growing need for digital transformation services, and our unrivaled global expertise in creating, managing and modernizing mission-critical information systems positions us well in a market that will expand to more than $500 billion by 2024. We look forward to the path ahead, with a flatter and faster company that is at the heart of progress for our customers and for the world."

Kyndryl launches as the world’s largest IT infrastructure provider, with a differentiated approach that integrates development, security and operations. Kyndryl’s 90,000 professionals worldwide deliver world-class advisory, implementation and managed services to more than 4,000 global customers, including 75% of the Fortune 100 and leading financial services, telecommunications, retail, airline and automotive companies.

Kyndryl begins its independent life with a solid financial position, with $19 billion in annual revenue, investment-grade credit ratings and long-standing customer relationships that drive annuity-like revenue streams. Kyndryl is led by an experienced management team and a Board of Directors comprised of 10 leaders who bring diverse perspectives and experiences spanning technology, financial services, government affairs, and academia.

Kyndryl shares were distributed on the evening of November 3 to shareholders of IBM, who received one Kyndryl share for every five IBM shares owned. IBM has temporarily retained 19.9 percent equity ownership of Kyndryl following this distribution.