SHENZHEN, China, Aug. 12, 2021 /PRNewswire/ — Kandao recently announced that it has raised millions of dollars in a new round of financing led by CDF-Capital and SHENZHEN Guarantee.

Kandao Technology is in the leading position of AI digital imaging technology. Focused on creating excellent imaging products to let users get close to metaverse, Kandao Technology innovates constantly in VR ultra-HD video and video conferencing areas and has become a representative company in these fields. 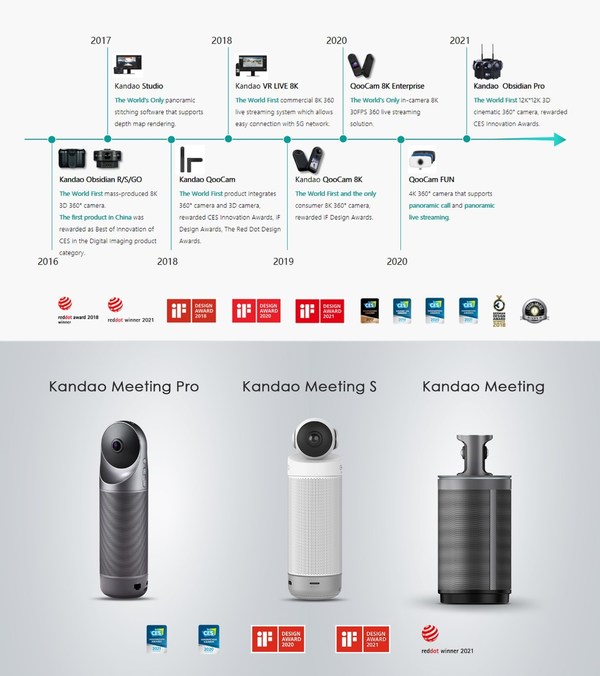 The independent R&D ability and continuous progress on product development attract investors’ attention. Before this round of financing, Kandao has successively received investment from ALPHA Group, SKY LIGHT and Foxconn.

Chen Dan, CEO of Kandao Tech, said, "Kandao Tech is firmly optimistic about the market space of imaging technology and products in the VR/AR under the 5G era. The future will be the era of metaverse, online and offline services will be further integrated, the virtual world and the real world will be more closely connected, and imaging must be one of the most important parts. In the future, no matter watching a video or having a remote meeting, the form of imaging definitely won’t just be the planar imaging. We hope that by our focus and effort on image acquisition and image processing, we can participate in and lead the new imaging innovation."

After this financing, Kandao Tech will increase the input in technology research and development, strengthen the leading advantages of technology and products, and improve branding and marketing strategy. Kandao Tech is committed to creating a comprehensive VR Ultra-HD video and video conferencing ecosystem, building a global brand, and promoting industry development.