– An official pledge, following his message in February to donate half of his personal assets

– Donations to be used to resolve social issues

SEOUL, South Korea, March 16, 2021 /PRNewswire/ — Kim Beom-su, chairman of Kakao, has signed the Giving Pledge, officially pledging to donate more than half of his personal assets to society. 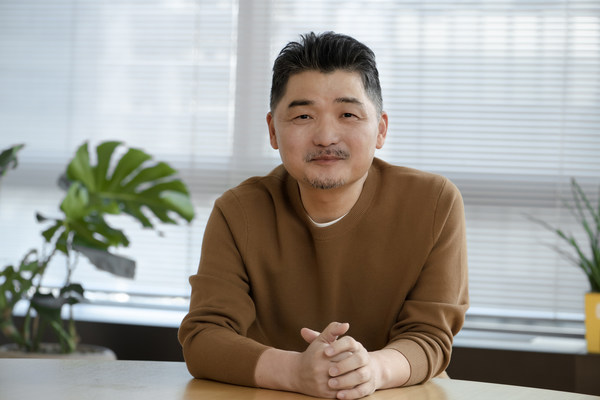 Kakao announced that Kim became the 220th pledger of the Giving Pledge on March 16.

The Giving Pledge is a global philanthropic movement that was launched in 2010 by Microsoft chairman Bill Gates and his wife Melinda Gates along with Berkshire Hathaway chairman Warren Buffett. The Giving Pledge is a moral commitment by the world’s wealthiest to give the majority of their wealth to charitable causes. Currently, there are 220 pledgers from 25 countries, including Tesla founder Elon Musk, Facebook founder Mark Zuckerberg and Virgin Group founder Richard Branson.

"A young man that once dreamed of becoming an entrepreneur after reading a feature article on Microsoft’s 20th anniversary in 1995, now awaits to join the Giving Pledge." Kim said in his pledge. "I feel a thrilling excitement as I did then, when I first read the Microsoft article. We, my wife Miseon Hyeong and I, would like to extend our sincerest gratitude and respect to Bill and Melinda Gates and Warren Buffett for providing us with this meaningful opportunity of generous giving, as well as to all those who have taken the pledge before us," he added.

"Through this pledge today, we commit to give more than half of our wealth back to society during our lifetime. Of the philanthropic causes that we considered and discussed at length with our son, Sang-bin, and daughter, Ye-bin, we intend to direct our donations to those that may contribute to solving social issues." he stated.

"After having achieved the wealth that I had aimed for, I was left feeling rudderless and lacking direction in life. It was around this time that I came across the poem, ‘What is Success?’ attributed to Ralph Waldo Emerson. The poem gave me a sense of guidance on how I should navigate my pursuits going forward." he said. "Ten years ago, while I was redefining the meaning of success, I launched a project to foster and support 100 CEOs of startups. Though it involved much trial-and-error during the earlier stages, the project ultimately resulted in the fruition of the Kakao Community and has touched the lives of many Koreans."

"With this pledge as our starting point, my wife and I will engage in efforts to address social issues in the areas that businesses cannot reach. We plan to discover and support 100 innovators who are dedicated to building proactive solutions for social issues through social enterprises and foundations. We dream of working together with such innovators to make a better world.

"We also aim to explore suitable alternatives to the educational system for future generations. Additionally, we will strive to level the uneven playing field caused by inequalities, while also doing all we can to provide assistance to those who are working to support the people in need."

Lastly, he added, "We truly hope that the path we take will encourage our fellow innovators who are each on their own journeys to change the world. We would like to take this opportunity to express our heartfelt gratitude and deepest affection to our families, who have gladly agreed and lent their support to this pledge."

Through a New Year’s message that was sent to all Kakao employees on February 8, Kim announced that he would commit more than half of his wealth to resolving social issues throughout his lifetime. He also stated in a company-wide meeting held on February 25th, "I am interested in providing support to people who have not been given opportunities due to the growing divide in digital education, and in cultivating new talent in the area of AI (Artificial Intelligence) and emerging technologies. I would like to put my donations to use immediately in the areas where they are needed and I would like to impact change by addressing social issues through large-scale investments of capital."

[The full text of the pledge: https://givingpledge.org/Pledger.aspx?id=421]

Kakao Corporation is a mobile life platform company that provides innovative services in global mobile and internet markets, building on its employees with profound knowledge and experience, technological capabilities, quality contents and highly competitive mobile traffic. Under the corporate vision, "Making a better world with people and technology", we connect everything in our everyday lives, enabling anyone to experience innovations on a daily basis. The Kakao Corp. headquarters can be found on Jeju Island with an integrated metropolitan office in Pangyo, where over 2,300 employees in total are working today. Daum Communications, established in 1995, and Kakao, founded in 2006, merged on October 1, 2014 to become Daum Kakao. The name of the company was changed to Kakao on September 23, 2015, and to become a company at the forefront of the mobile era.