HONG KONG, March 24, 2022 /PRNewswire/ — JPEX Exchange is a rising star cryptocurrency exchange in Asia, while most, if not all, people in HK, Taiwan, Japan, Korea, Malaysia and Australia can see the JPEX eye-catching advertisement. After JPEX became the partner with Western United Football Club in November last year, JPEX has now established a partnership with Macarthur FC in 2021/22 Isuzu UTE A-league season. 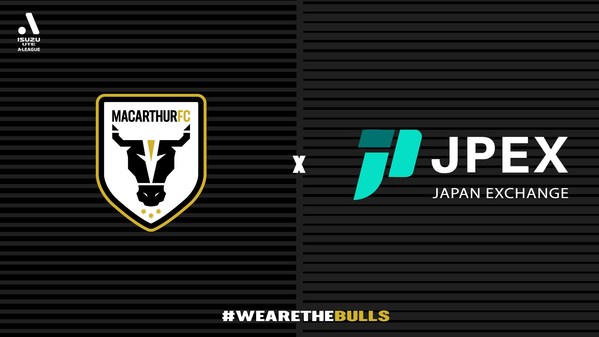 In fact, since the official operation of JPEX and Macarthur FC, both brands have been striving to become the leader of the industries by increasing their brand awareness and recognition. In recent years, JPEX has emerged in the Asia-Pacific region and become a stable cryptocurrency platform with a very large-scale.

"Cryptocurrency is like a new soccer game for us. We’re so excited about it that we share what’s happening in the cryptocurrency world with our friends." – Natalie Matich, General Manager of Operations, Macarthur FC

JPEX has been striving to provide users with better and more stable services such that users can invest easily while generating income conveniently, quick and efficiently. Compared to stocks, funds and other traditional investment, the entry barrier for investing in cryptocurrency is relatively lower as the registration steps are simple and there is no minimum investment amount. Investors may invest as low as $100 in cryptocurrency. JPEX’s user interface is user-friendly and all the cryptocurrency-related information can be accessed online anytime. It also explains why investments in cryptocurrency are gaining popularity rapidly. Incorporated in Australia, JPEX Exchange allows its users trade and manage their cryptocurrency assets around the clock through its website, as well as its mobile app which can be downloaded through App Store and Google Play.

Cryptocurrency is relatively new to the sports industry when compared to food and fashion, especially to soccer. It implies that cryptocurrency has a large potential to grow in the soccer industry. Partnering with JPEX, Macarthur FC saw a significant growth in supporters over the last six months. The partnership also established a solid foundation for future cooperation between JPEX and Macarthur FC.

JPEX is now looking beyond Asia and is actively expanding into the Australian market. What does the partnership between JPEX and Macarthur FC Australia bring? In addition to exchanging users and owners at different levels, the partnership will also enhance both brands awareness internationally.

"We have both made a vow to grow maturely and steadily in our respective fields. By working close together, we will be better than who we are today in the next decade. We will become stronger and more powerful." – Oscar Radley, JPEX Marketing Manager.