SAN FRANCISCO and TOKYO, Oct. 6, 2021 /PRNewswire/ — Autify, a no-code AI-powered software testing automation platform, announced today that it has raised $10M in Series A funding. Leading the round is World Innovation Lab (WiL), a growth-stage venture capital firm based in Palo Alto and Tokyo. WiL is joined in this round by new investors Uncorrelated Ventures and individual investor Jonathan Siegel in addition to existing investors Archetype Ventures, Salesforce Ventures, and Tably.

Autify is a true no-code web application that allows anyone to easily create, execute, and automate software test scenarios without programming knowledge or automation skills. Autify, launched in 2019, is already implemented at a large number of B2C and B2B SaaS companies and organizations in Japan and globally, including Unity, DeNA, ZOZO, Q4, and other customers. With the newly announced launch of Autify for Mobile, Autify now officially has the widest range of solutions by application and user type.

"With 75% of companies globally still manually performing software development tests, Autify is hoping to disrupt the $1.3 trillion global testing market by providing a no-code application for automated testing," said Ryo Chikazawa, Autify Co-founder & CEO. "Autify’s three-pronged approach to automation of testing – no-code, AI-powered, and customer success – helps address the challenges that were plaguing the testing market for far too long, such as labor shortage, high maintenance cost, and technical difficulty. The best part of all this is that Autify manages to address these issues without having to sacrifice product quality at any stage of the development."

"Even though Autify started in Japan, the vision for their no-code solution is to advance  the automation of software testing not only in Japan, but also globally. Japanese startups are just beginning to eye the global market and Autify is a flag-bearer of this trend. This is one of the reasons why we are particularly excited about the company," said Masaya Kubota, Partner at WiL. "Autify’s great global-minded vision is backed-up with a strong product and a well-thought-out go-to-market approach."

"Autify has solved problems in software test automation that companies have been struggling with for years," said Salil Deshpande, founder of Bain-backed Uncorrelated Ventures which invests in infrastructure software. "Autify’s AI-assisted browser-based no-code tests are easy to introduce into projects – but most importantly the tests are not brittle, and that is the holy grail."

Autify plans to use the new funding to accelerate global expansion and support new product development including the launch of Autify for Mobile for native app testing.

With remote work becoming a standard in many companies globally, software developers and QA teams are finding it increasingly difficult to prepare and manage mobile devices for manual testing. Sending devices to each other is simply not efficient. With Autify for Mobile, anyone can easily create and execute test cases just by operating their mobile app on a web browser, without needing to prepare real mobile devices with different combinations of operating systems, screen sizes, network operators, and user scenarios. In addition to making mobile application testing more efficient, Autify for Mobile is also poised to drastically increase the overall QA productivity since users can now use the same platform to manage both web and mobile testing.

"Our QA team has been doing manual testing, but regression testing has become more time consuming with each release," said Yusuke Konishi, Software Engineer at Kyash Inc. "We decided to implement Autify for Mobile to scale our QA capabilities without having to hire more people. We hope to build an automated testing system that can be operated by members with no development experience."

Autify enables anyone to easily automate web and mobile application testing without having to code. Our three-pronged approach of focusing on no-code, AI, and customer success has helped us solve the challenges of labor shortage, high maintenance cost, and technical difficulty that were hindering software testing automation, all while decreasing the cost of these tasks.

WiL is a US & Japan-based venture capital firm with capital from governments and leading global corporations in Japan and throughout Asia, including Sony, Suzuki, NTT, KDDI, and 7-Eleven. WiL helps US startups expand to Japan and Asia, and Japanese startups expand worldwide. With our corporate investors as partners, we invest in digital transformation. Recent investments include Aiven, Asana, Auth0, DataRobot, MURAL, Sendbird, SmartHR, Unqork, and Wise. Our mission is to be the bridge between startups and corporates across the globe – starting with Japan and the US. 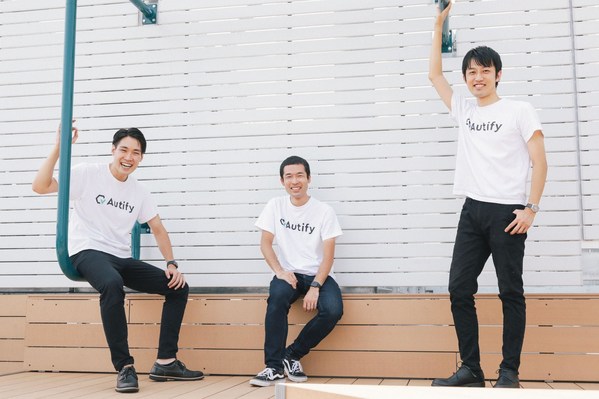