SAINT-GERMAIN-EN-LAYE, France, May 20, 2021 /PRNewswire/ — iXblue, a high-tech company in the fields of navigation, photonics and space, and maritime autonomy, announces the acquisition of Kylia (optical components and instruments) and Muquans (integrated quantum instruments). 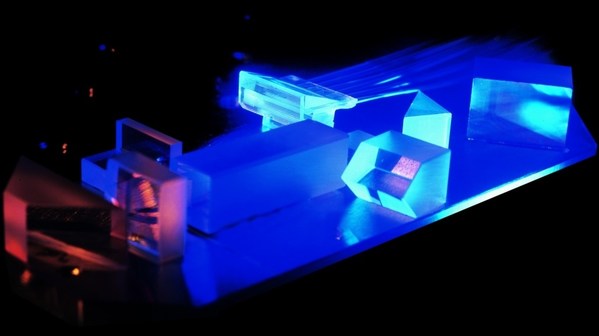 Kylia, founded in 2003 and located in Pessac in the New Aquitaine region of France and in Paris, develops and manufactures optical components and instruments based on ultra-precise assembly technology. The products marketed by Kylia are used by industrial manufacturers in the fields of fiber-optic telecommunications, metrology and space.

Muquans, founded in 2011 and based in Talence, also in the New Aquitaine region, specialises in very high performance instrumentation and is the first company in the world to exploit laser-cooled quantum manipulation techniques on an industrial scale. It offers a complete range of solutions based on this breakthrough technology, including a quantum gravimeter, an atomic clock, frequency transfer systems over fiber, and very high performance laser systems.

Founded in 2000, iXblue employs around 750 people, including 350 engineers and doctors,  with a turnover of €150 million, 80% of which is generated internationally. It has 9 industrial sites in France and its headquarters are in Saint-Germain-en-Laye. The photonics branch within iXblue is designed to address the space, sensors and metrology, geosciences, fiber lasers and intense lasers, communications and quantum technologies markets.

Within iXblue, Kylia and Muquans join iXblue’s historical activities in photonics: Modulation Solutions at the Besançon site, Specialty Optical Fibers at the Lannion site and inertial space systems at the Saint-Germain-en-Laye site. The new entity will further strengthen the photonics strategic axis with more than 160 people spread over 4 industrial sites in France, generating a turnover of more than 35 M€ in instruments, lasers and advanced photonics components.

Fabien Napolitano, CEO of iXblue, said: "This merger is a concrete expression of iXblue’s strategy to position itself even more strongly in the photonics market and to become a major player. The combination of iXblue with Kylia and Muquans will enable new synergies to arise from the extraordinary variety of technologies that will be at the core of our offering in this field. It also allows iXblue to be active in the New Aquitaine region, at the heart of a rich ecosystem around lasers and optics.

Ludovic Fulop, CEO of Kylia, said: "This merger is a unique opportunity for Kylia to accelerate its international development. It is the result of a common history and a journey during which the teams have crossed paths to develop complementary, active and fruitful collaborations, particularly in the space market."

Bruno Desruelle, CEO of Muquans confirms: "We have discovered that there are countless bridges between the world of photonics, iXblue’s fiber-optic inertial systems and Muquans’ gravimeters, laser sources and atomic clocks. This union is one of the results of iXblue’s presence at the Institut d’Optique d’Aquitaine. This proximity on this site for more than five years has been, in a logical way, the opportunity to share a common vision of the potential of cold atom quantum sensors for ultimate metrology."

iXblue is a global high-tech company specializing in the design and manufacturing of high technology equipment in the fields of navigation, photonics and space, and maritime autonomy. iXblue’s photonics activities include the design and manufacturing of specialty fibers, Bragg gratings, broadband electro-optical modulators and their control electronics, microwave amplifiers and turnkey modulation solutions for a variety of applications: optical communications, fiber lasers and amplifiers, fiber sensors, space and science. The group employs over 750 people worldwide and operates in more than 60 countries. www.ixblue.com

"Photonics refers to the sciences and techniques that generate, emit, detect, collect, transmit, modulate, amplify or modify the flow of photons, i.e. light. Photonics is therefore the technology that enables all industrial applications of light, such as lighting, laser machining, fiber optic telecommunications and many others." 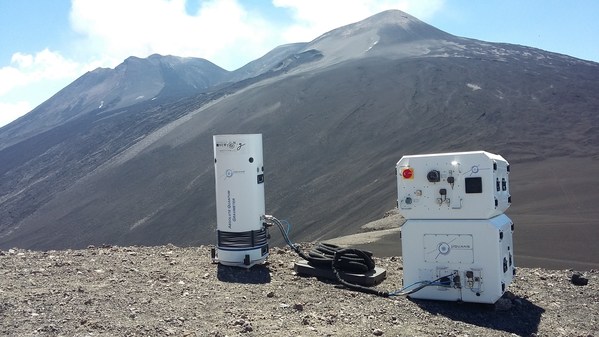